*Disclaimer: I am not vested in this stock

Quite unexpected for a strong bullish move for SMRT. There were clues though the downside wasn’t going as strong as expected, (posted on 29 Nov below) but I was not expecting such a strong upside breakout

SMRT still on track for more downside to 1.36. Reasons are still same as below. However, the down move is not as strong as I initially expected. Don’t think it will go any lower than 1.36 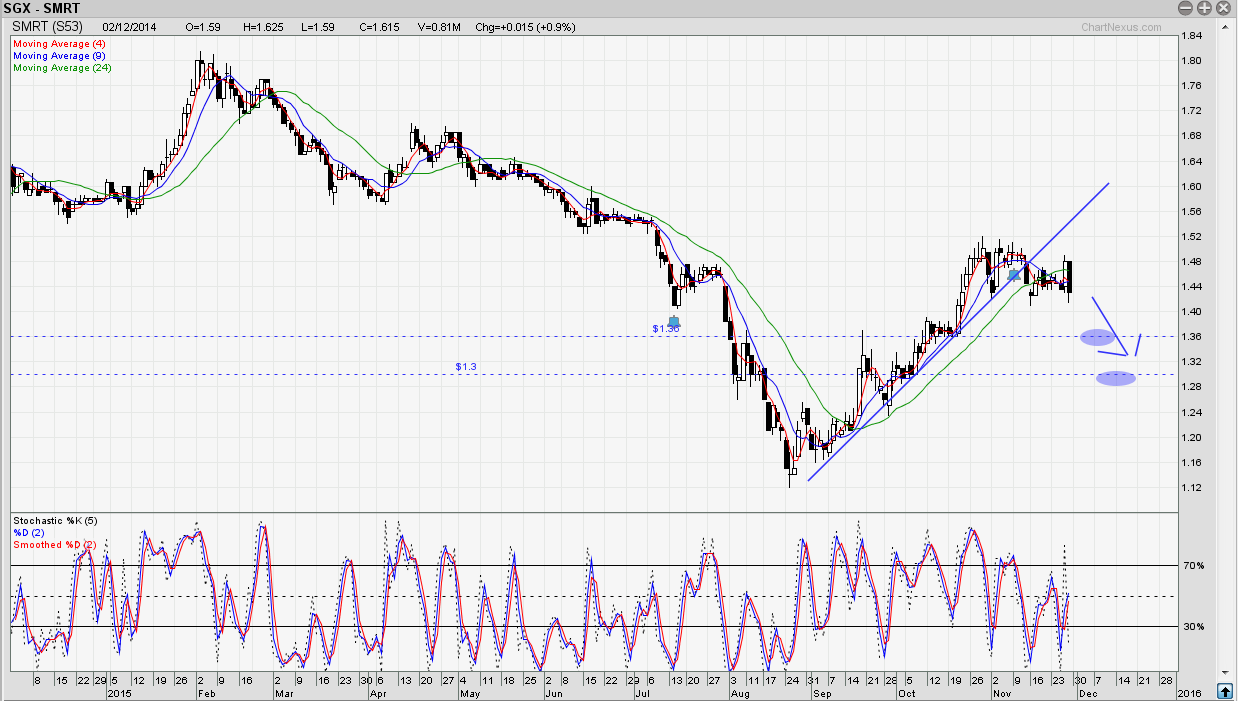 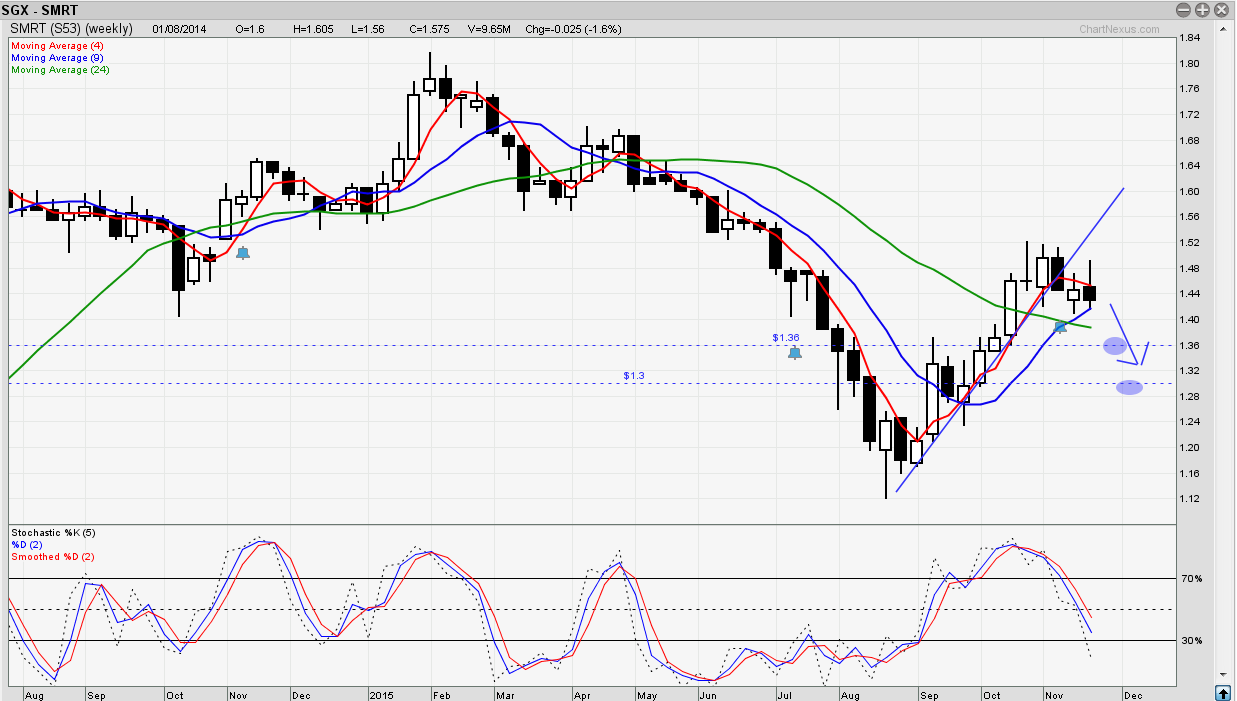 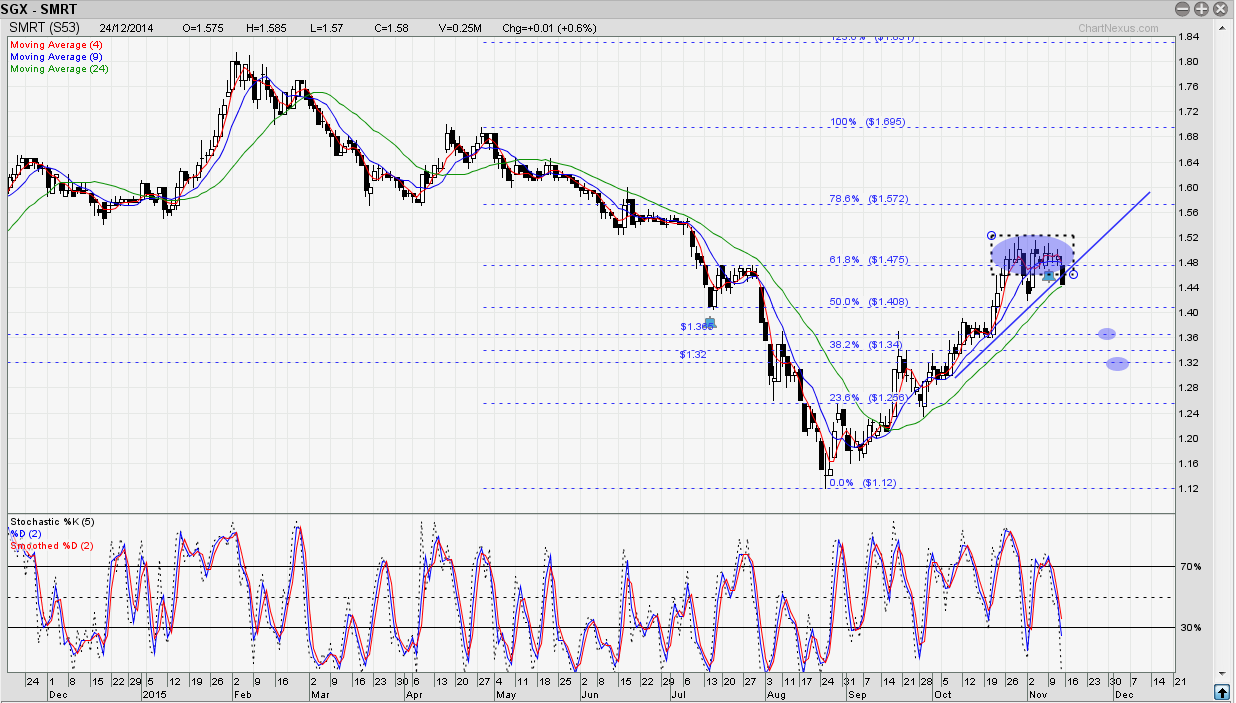 2. Trendline break. Bull flag breakout earlier (21 Oct 2015) also shows that the major part of up move is likely over. 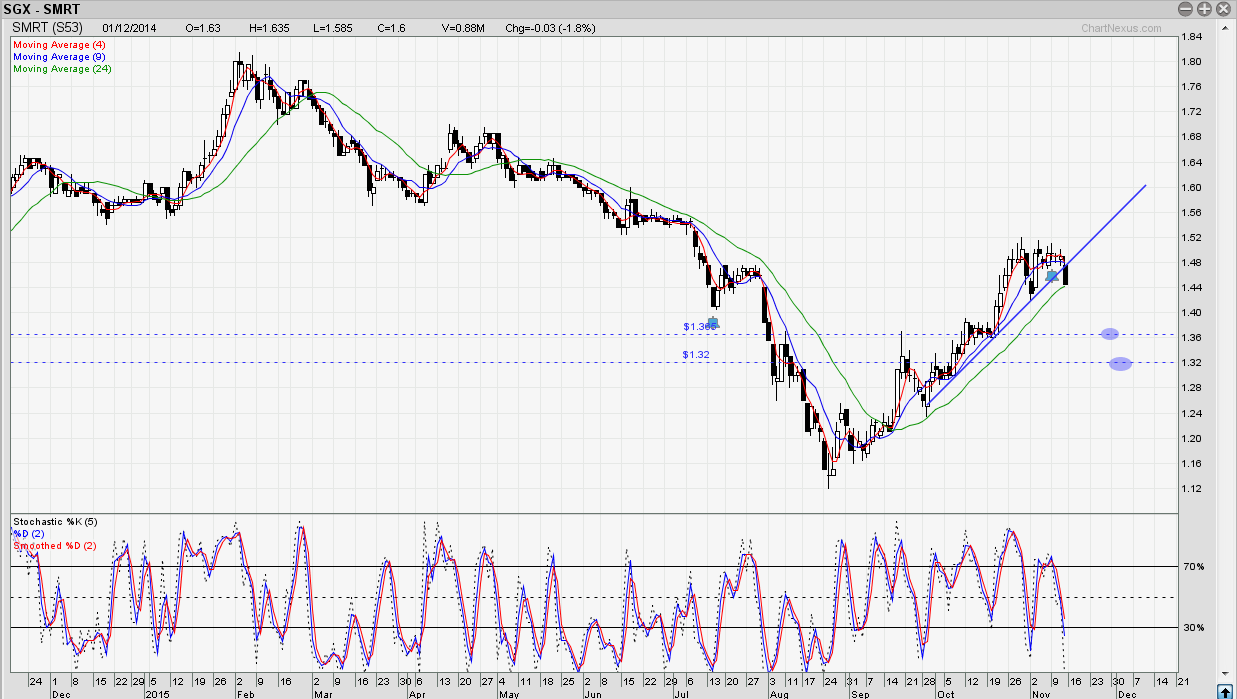 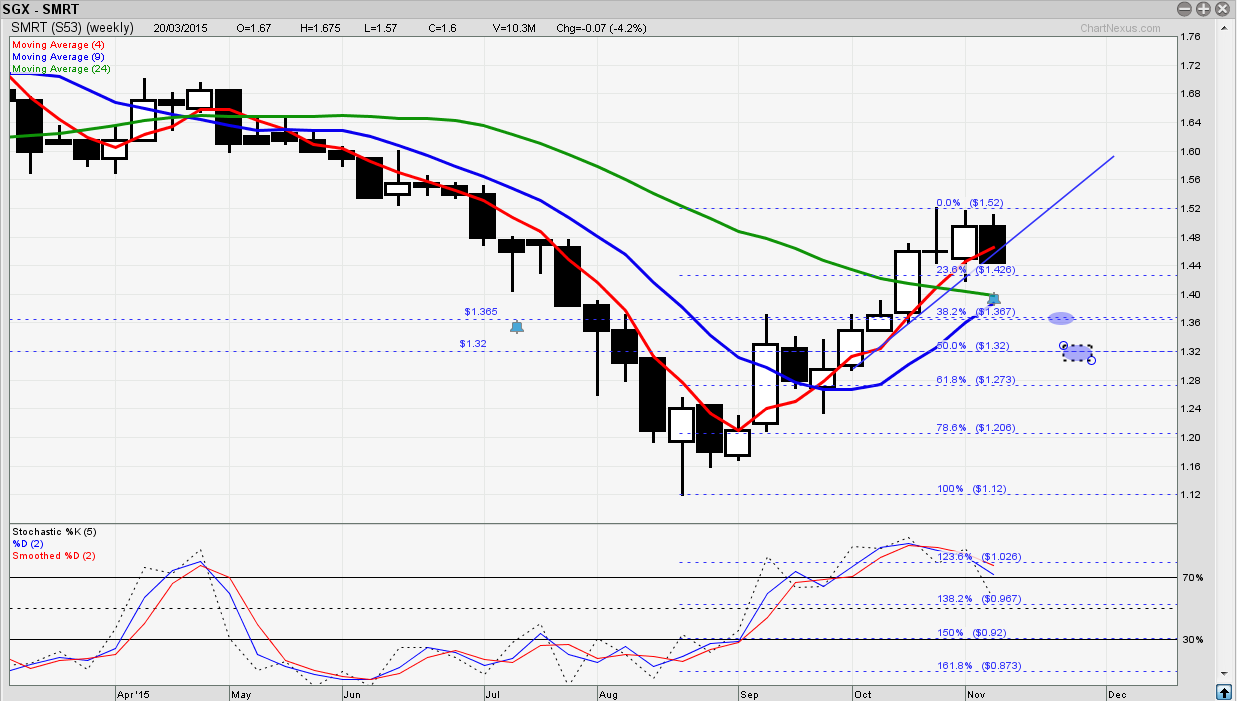 Initial targets are 1.365 & 1.32, which are the 38.2% and 50% retracement of this up move. Will need to monitor next week’s price action to get a clearer idea of the exact target. Will update this page next week.