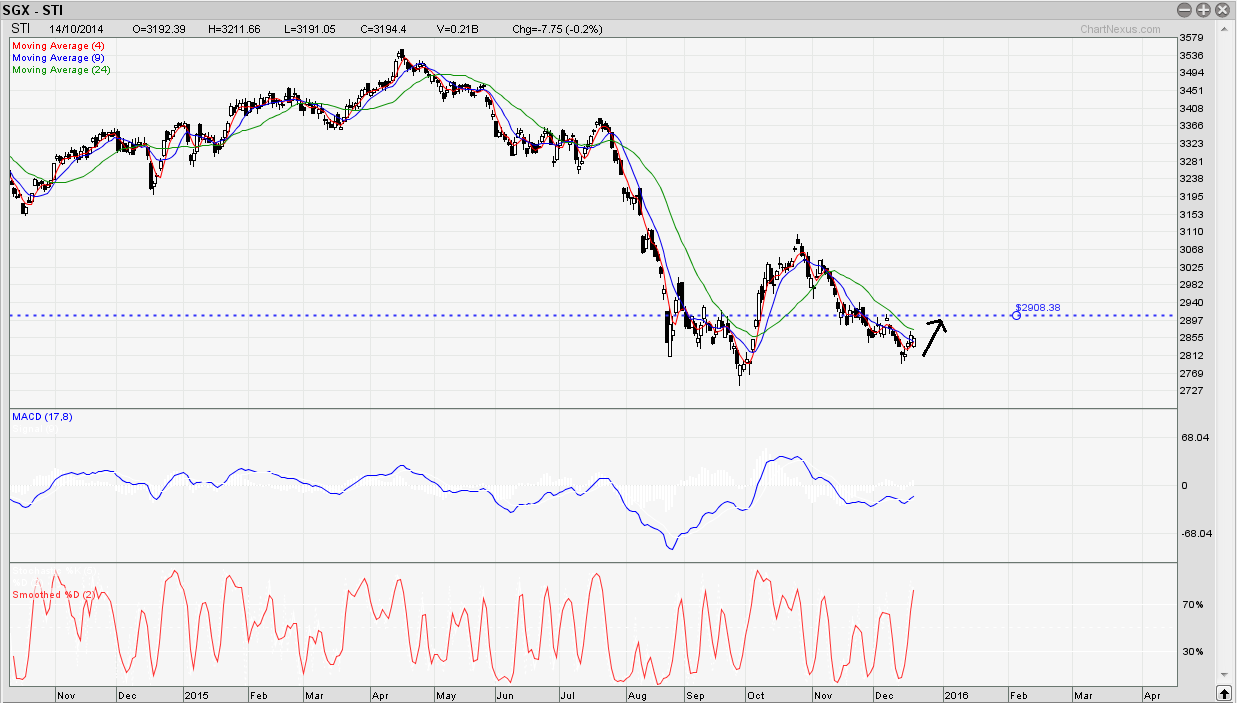 I probably expect a short term bounce to 2940 area, but not any higher because the weekly/monthly downtrend cycle is still strong (based on Stochastics). Downtrend should resume after bounce to 2940 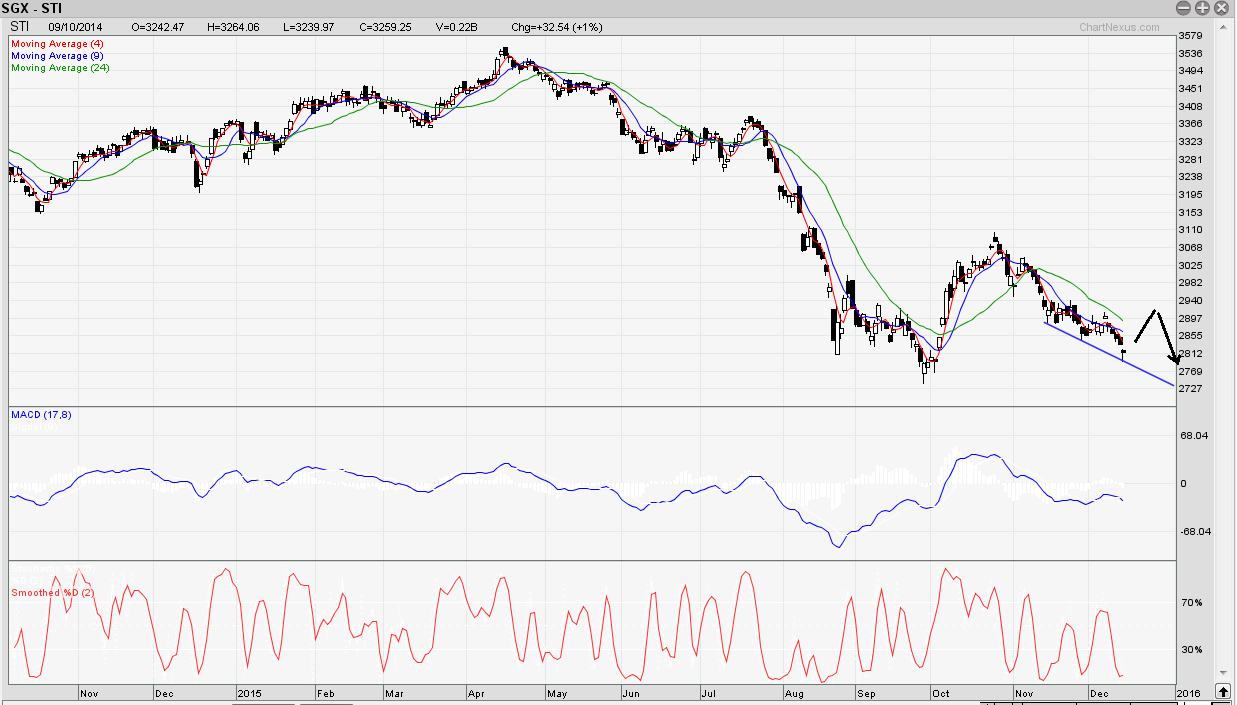 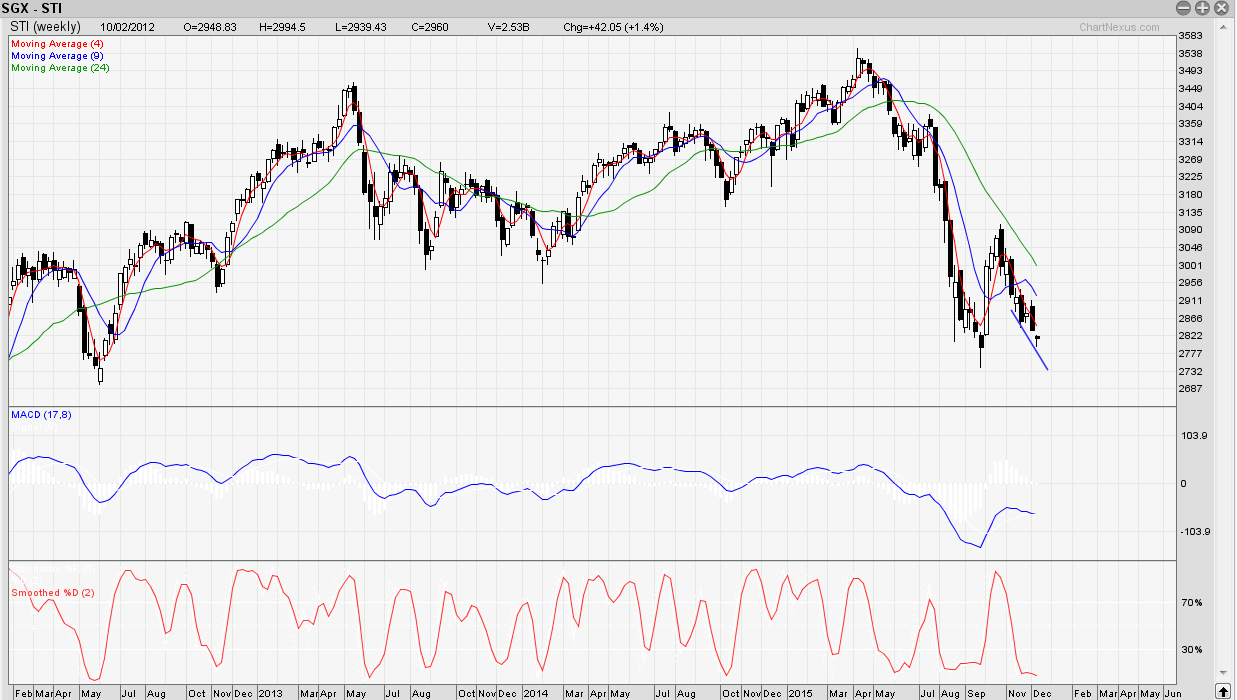 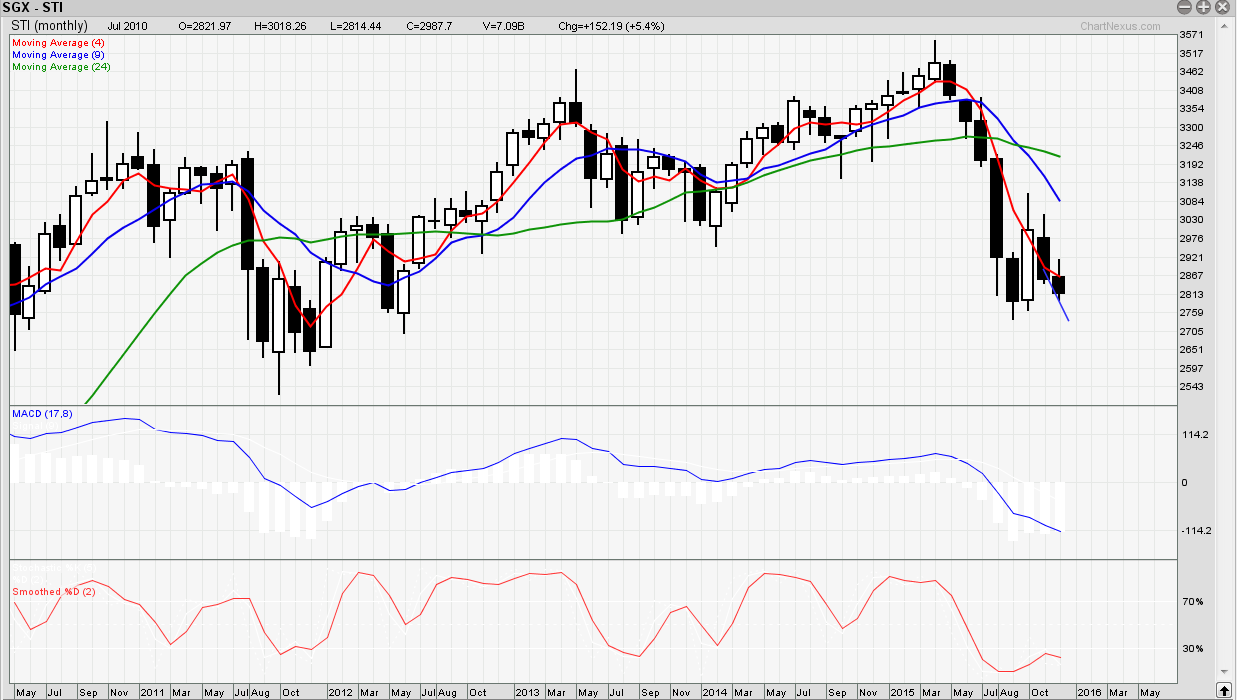 Looks like I was wrong in the previous post on 24 Nov, and STI is probably headed further down to 2794 to close the daily gap. 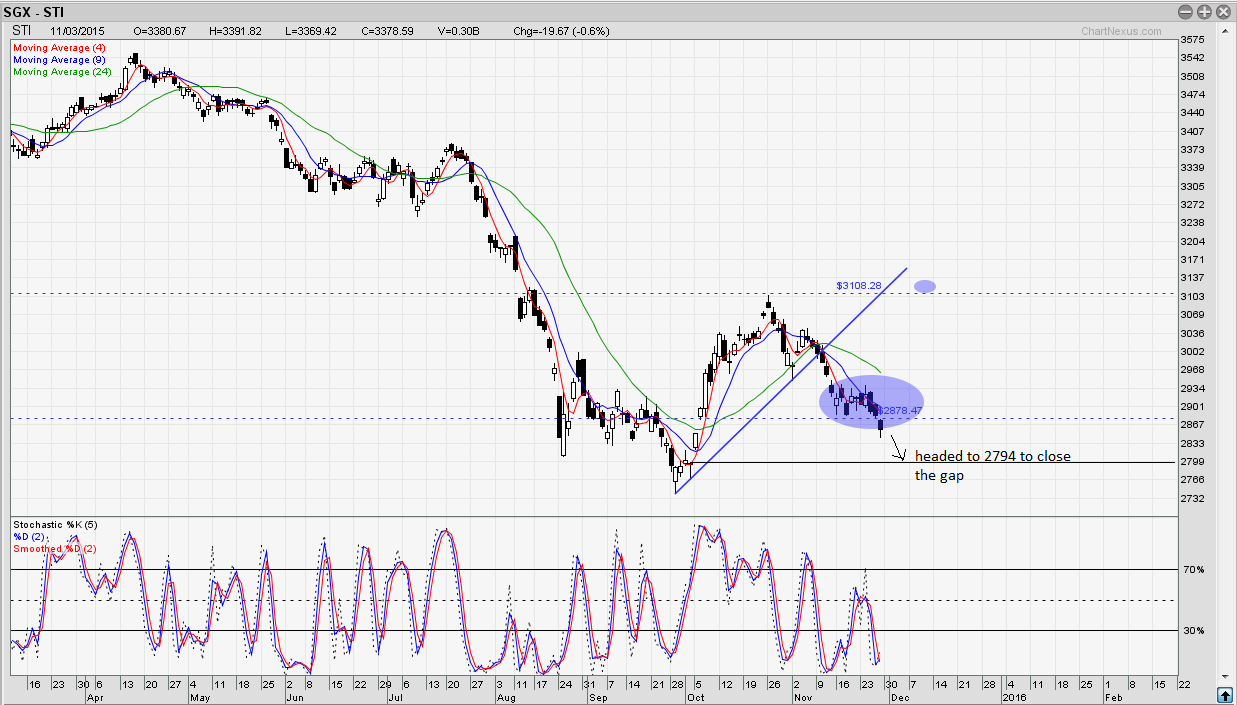 So STI has reached our target as projected on 12 Nov, and exit strategy updated on 16 Nov (below). What’s next? 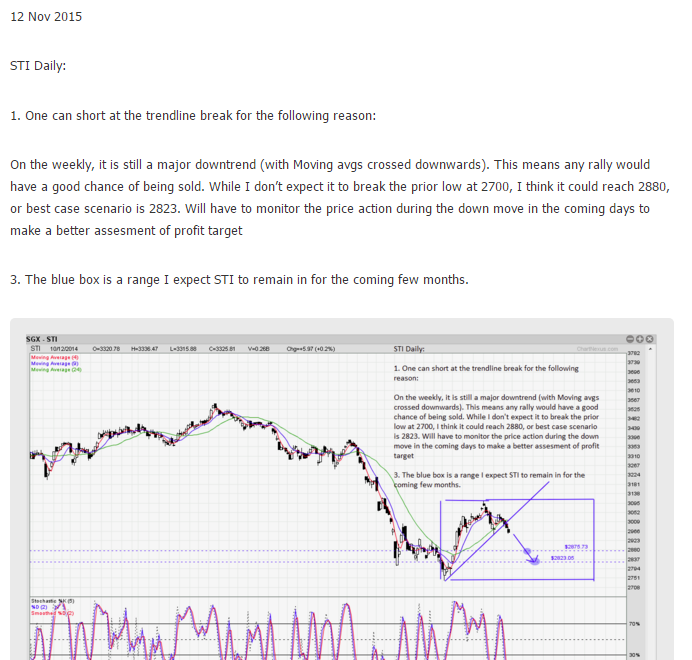 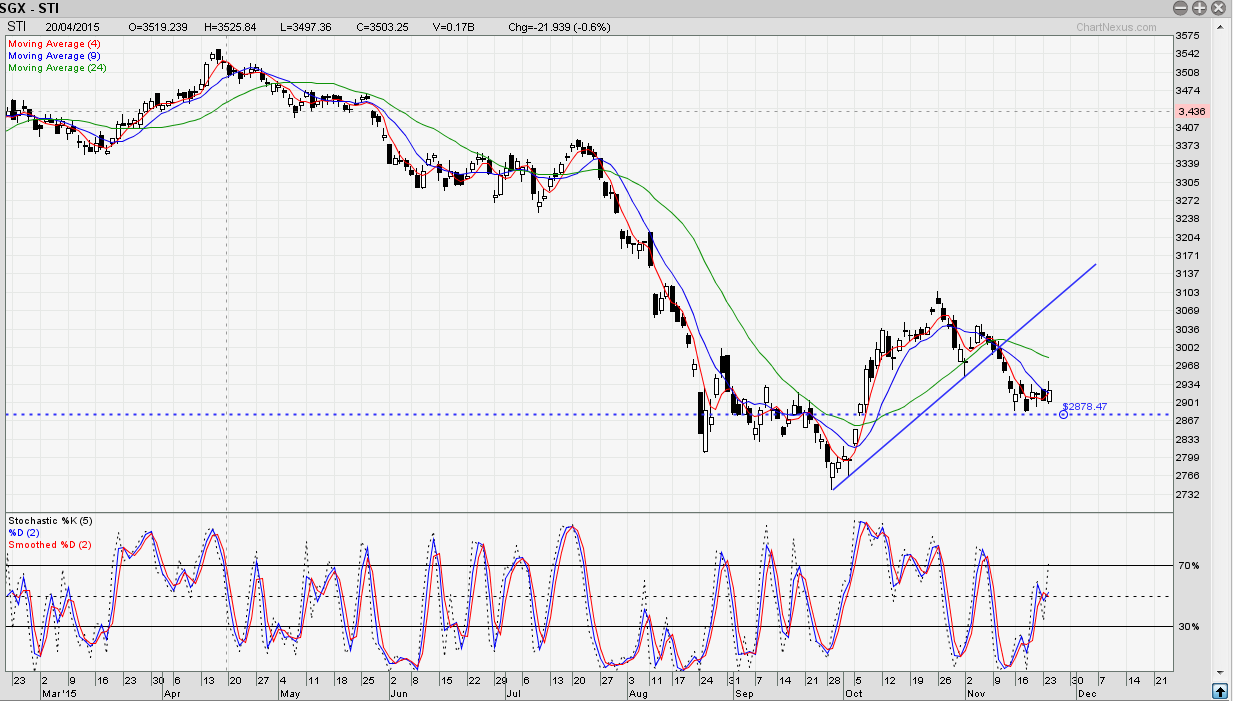 I expect STI to move upwards from here on to the previous 3108 high, AND break it slightly. 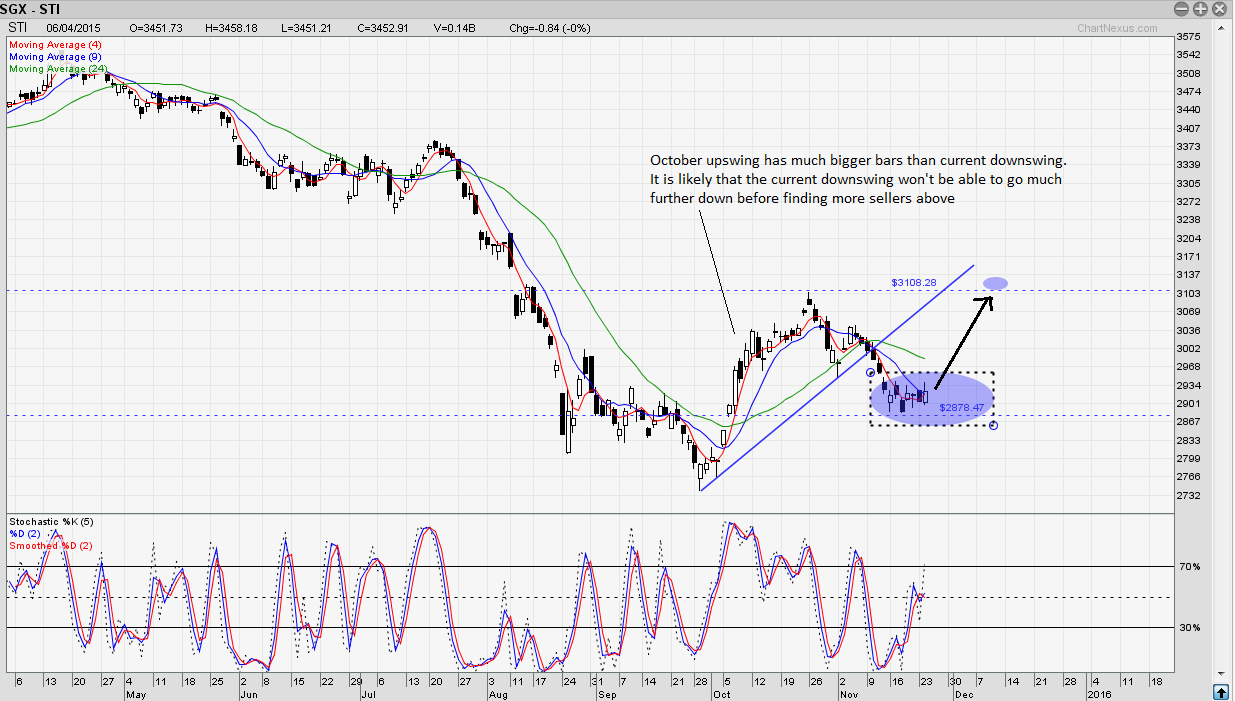 Prepare to exit STI shorts if break above 2923 (high of 16 Nov). Otherwise, would look at exit around 2850 region (close gap on daily) 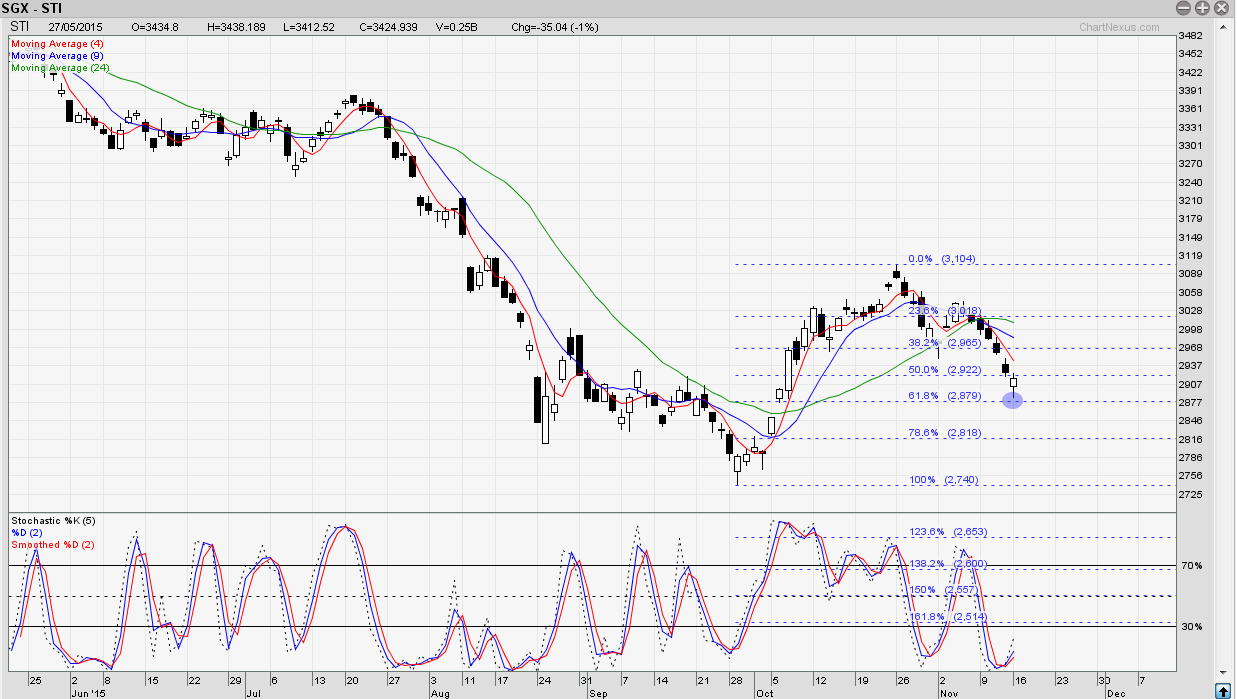 2. The parabolic down move starting from 4th Nov looks quite exhaustive today (16 Nov) – (Because price is at a very far distance from moving averages. The trendline down, starting from 11 Nov, is also very steep. 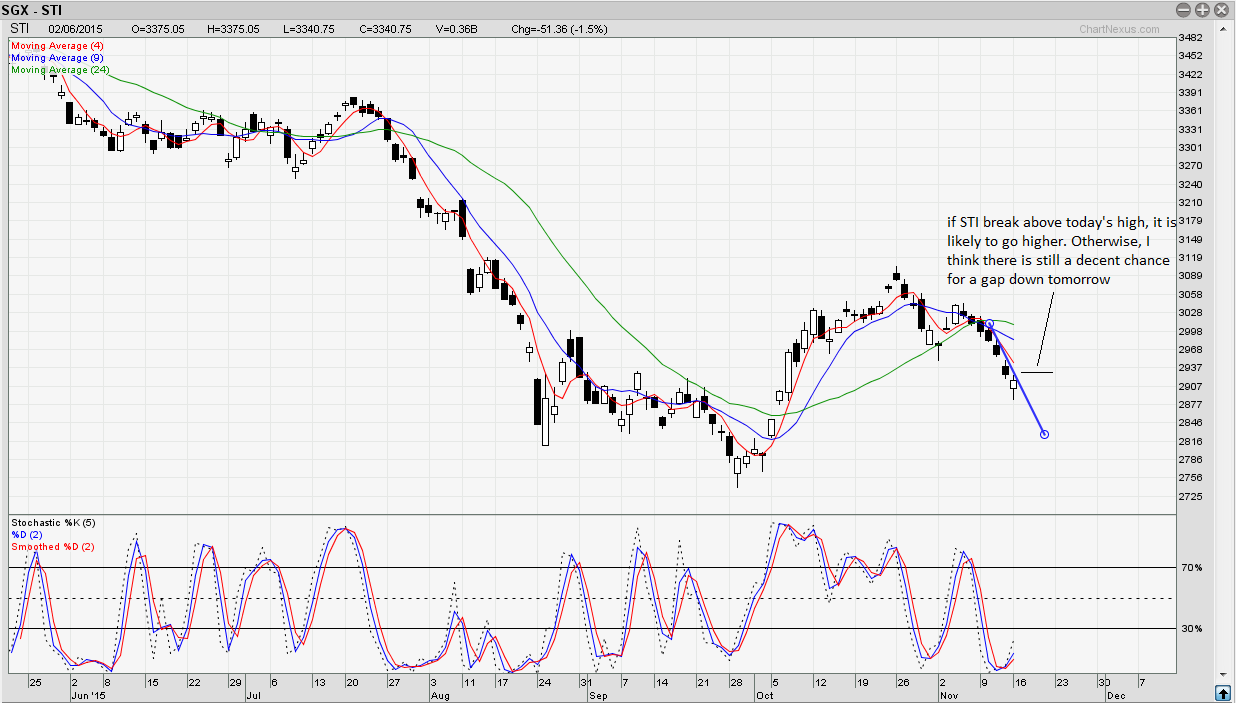 1. One can short at the trendline break for the following reason:

On the weekly, it is still a major downtrend (with Moving avgs crossed downwards). This means any rally would have a good chance of being sold. While I don’t expect it to break the prior low at 2700, I think it could reach 2880, or best case scenario is 2823. Will have to monitor the price action during the down move in the coming days to make a better assesment of profit target

3. The blue box is a range I expect STI to remain in for the coming few months. 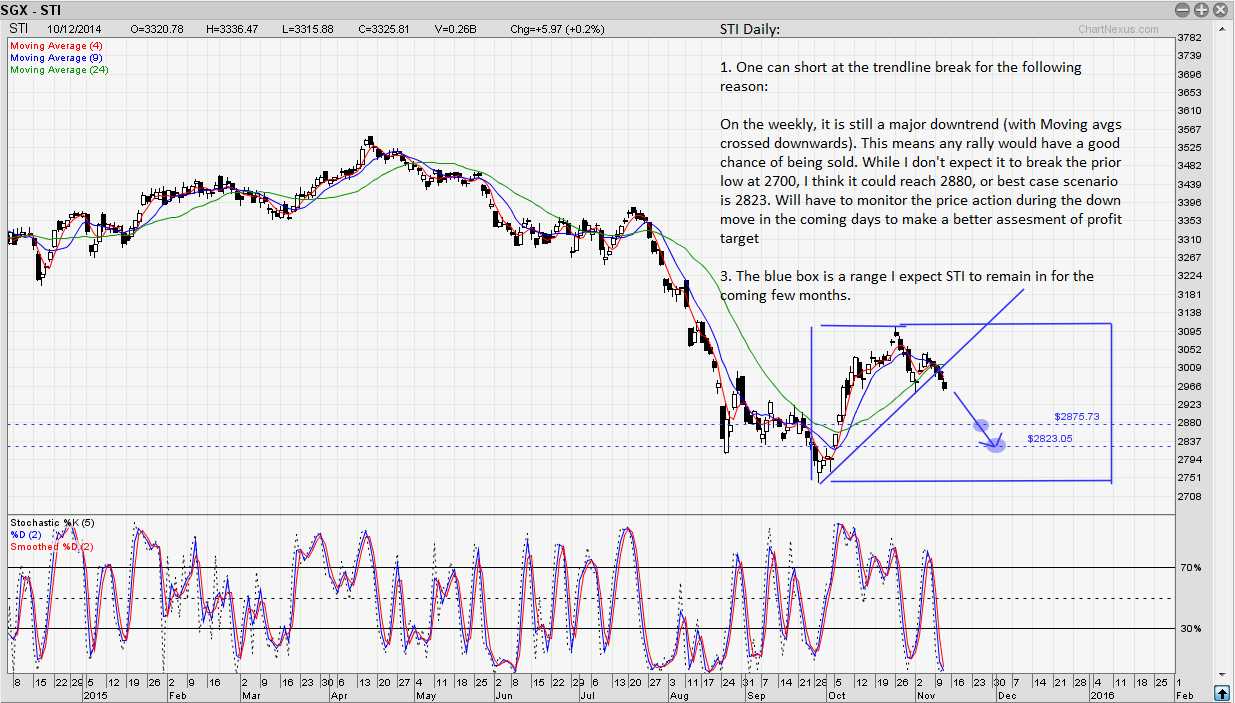 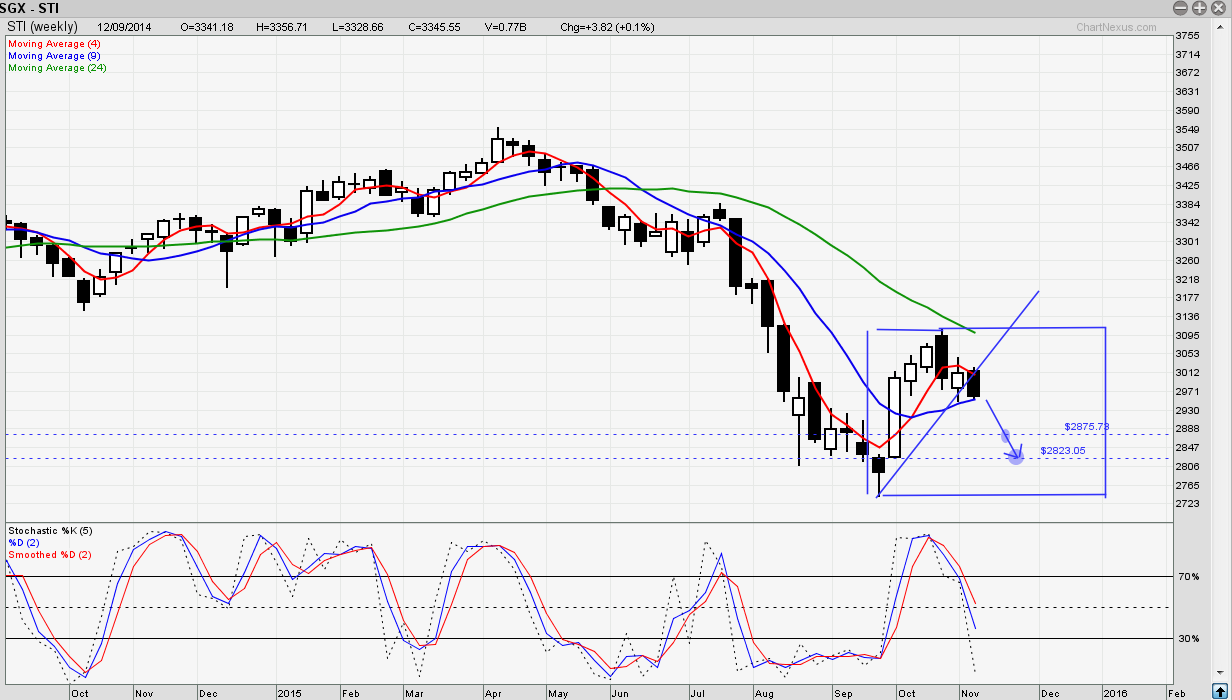 Still bearish. Expecting a 2nd leg up to blue zone for a short. Weekly and monthly cycles are down (based on 24 and 9 SMA cross on both timeframes) 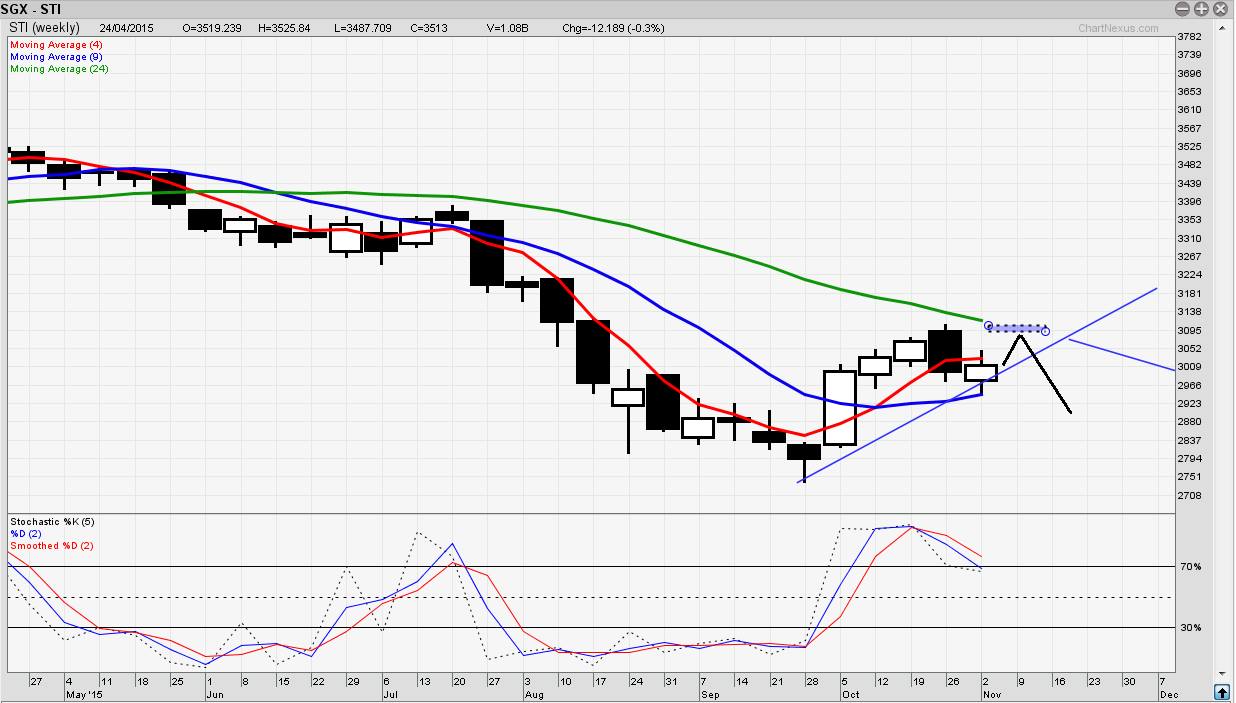 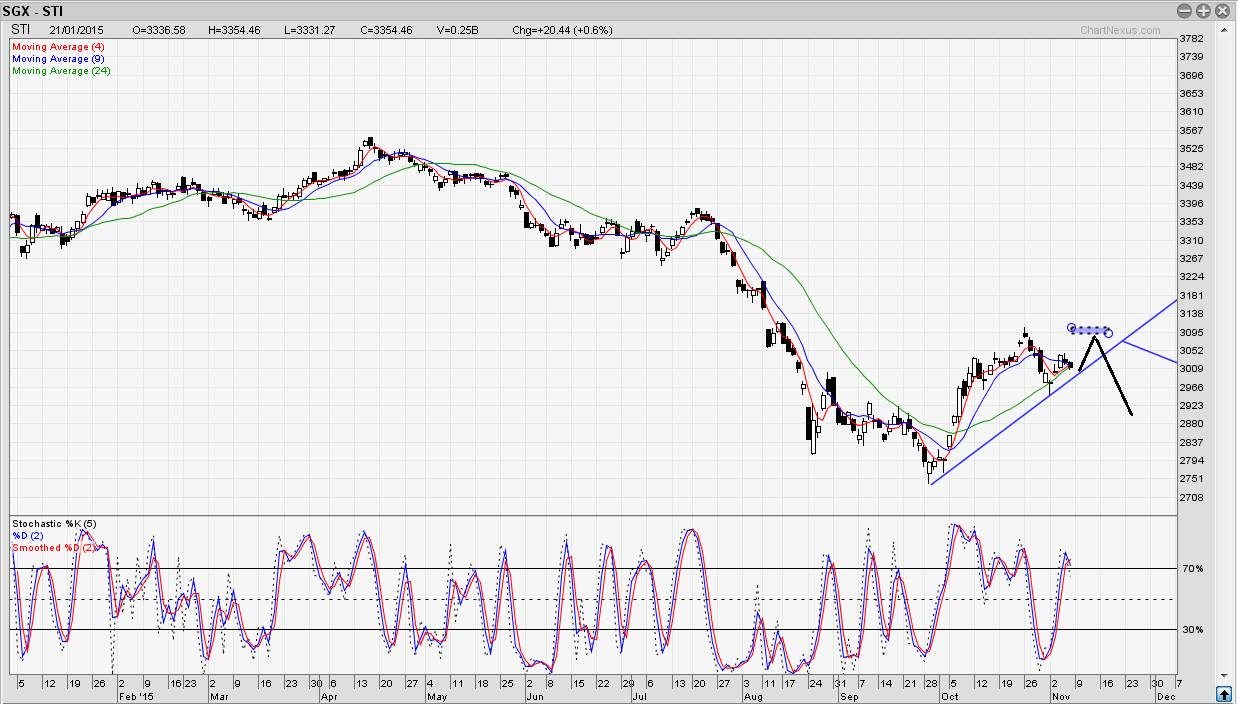 STI Outlook. I think it is a very bearish market. Do not go long. But at the same time, expect a ranging market for the next few weeks. You can take the opportunity to short at the top of the range (resistance area) 3100-3140 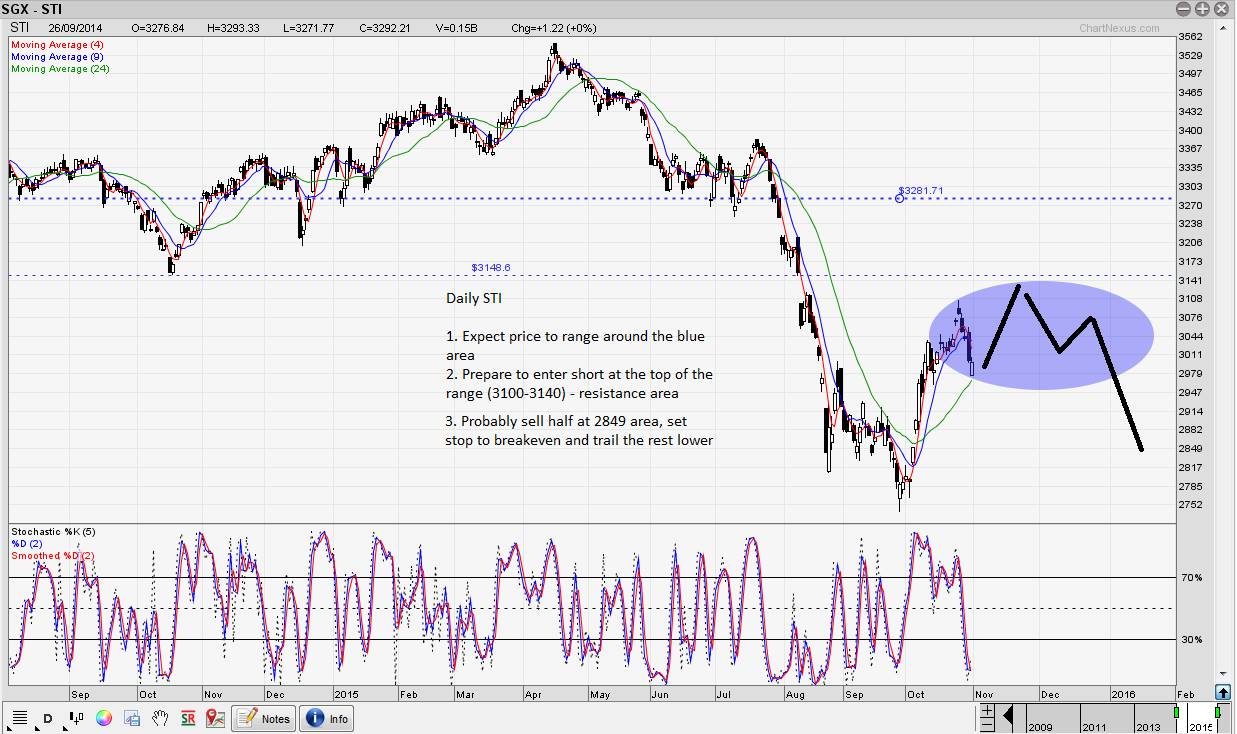 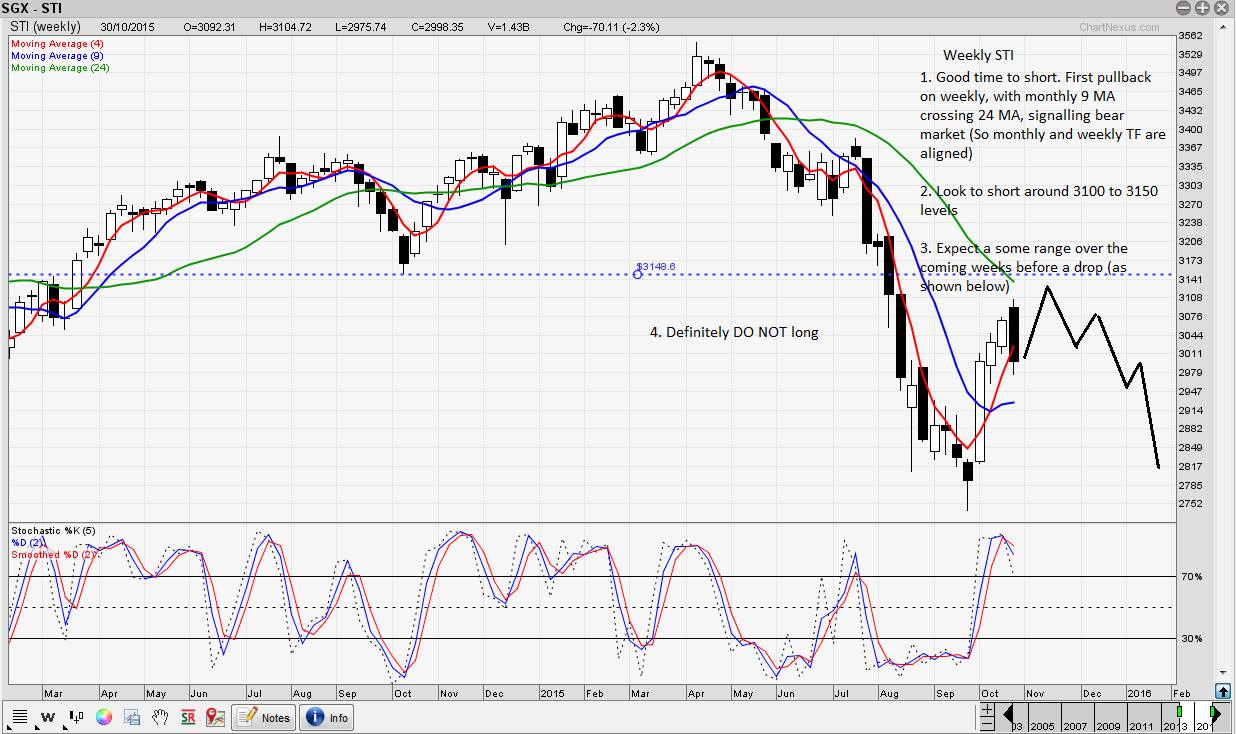 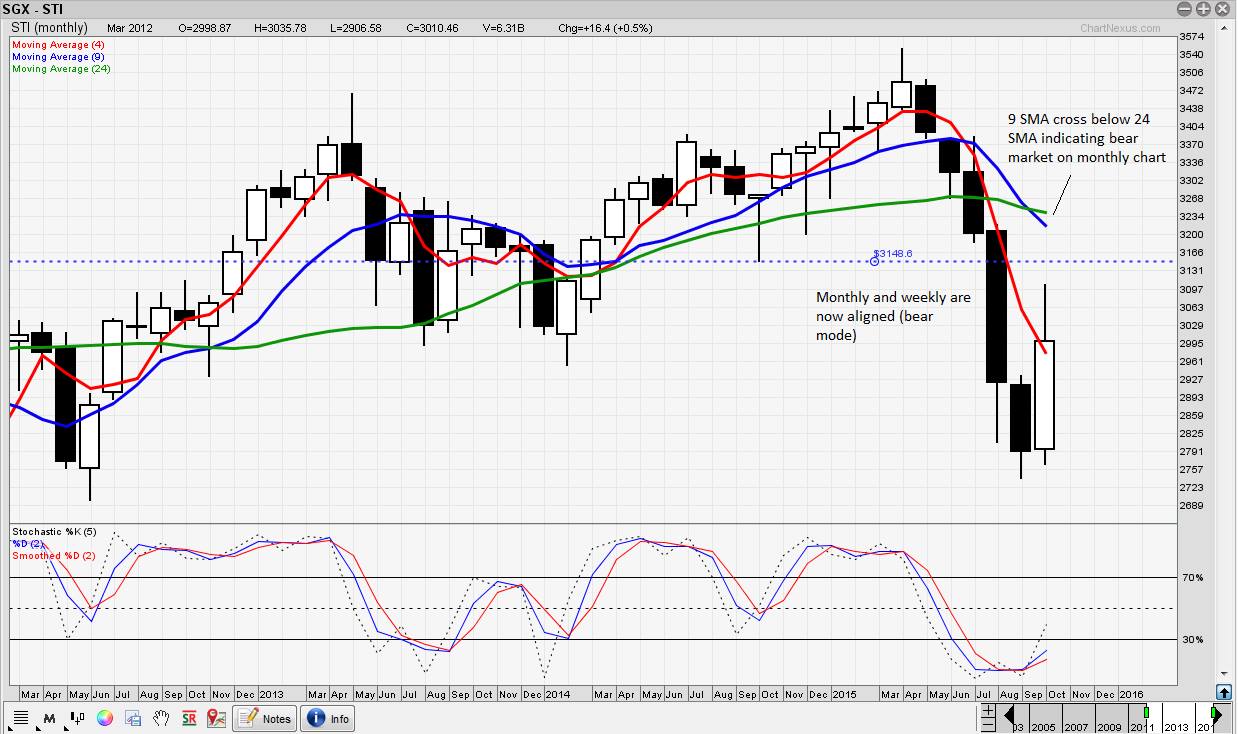 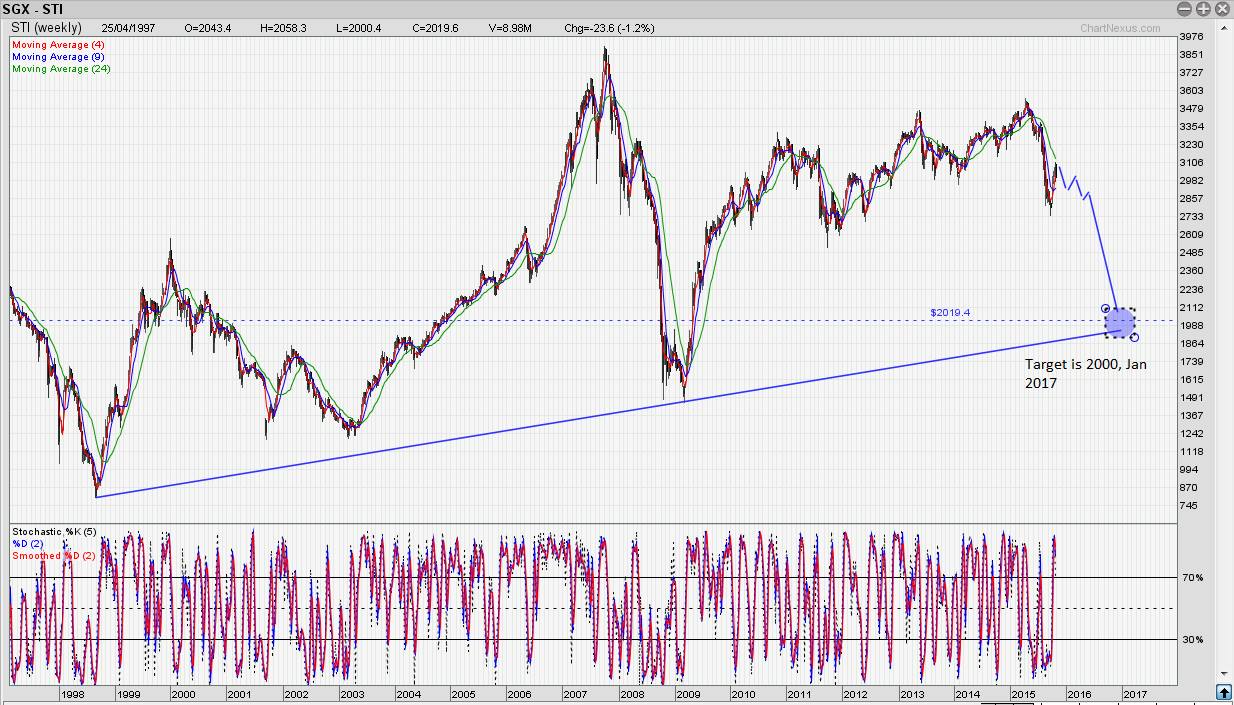