Not too long ago, I took a leap of faith and few to Helsinki, Finland from Singapore. I was going to volunteer on an organic farm in Myrskylä, 95 kilometres from the capital Helsinki. Never would I expect such a simple decision to change my life dramatically for the better. Simply put, I had a wonderful time and learnt so many things about life I would have never learnt in Singapore.

So anyway, I spent the whole of August 2013 in Finland and volunteering on the farm. In exchange for your services, the farm provides you food and accomodation. The reason why they don’t pay you is because it complicates things. You might have to get a work visa, etc. I worked about 6 hours a day during the summer, helping to harvest blueberries and strawberries and basically just helping around the farm.

The farm I stayed on was called METSÄLÄN LUOMUMARJATILA, owned by a lovely couple, Jukka and Verena. Jukka is Finnish, but had his university education in Germany, where he met Verena. They speak fluent German, Finnish, English and un peu Français. They grow blueberries, American and Finnish (I will show you the American blueberry pictures below, they’re HUGE. typical american style). They also grow strawberries, which are the sweetest I have ever tasted in my life. A supermarket bought strawberry doesn’t even come close.  They also grow their own vegetables mainly for themselves, and they have a very beautiful herb garden with friendly bees pollinating it every day. They have 20 plus sheep, two donkeys, a dog and two cats. I will let the pictures speak for themselves. 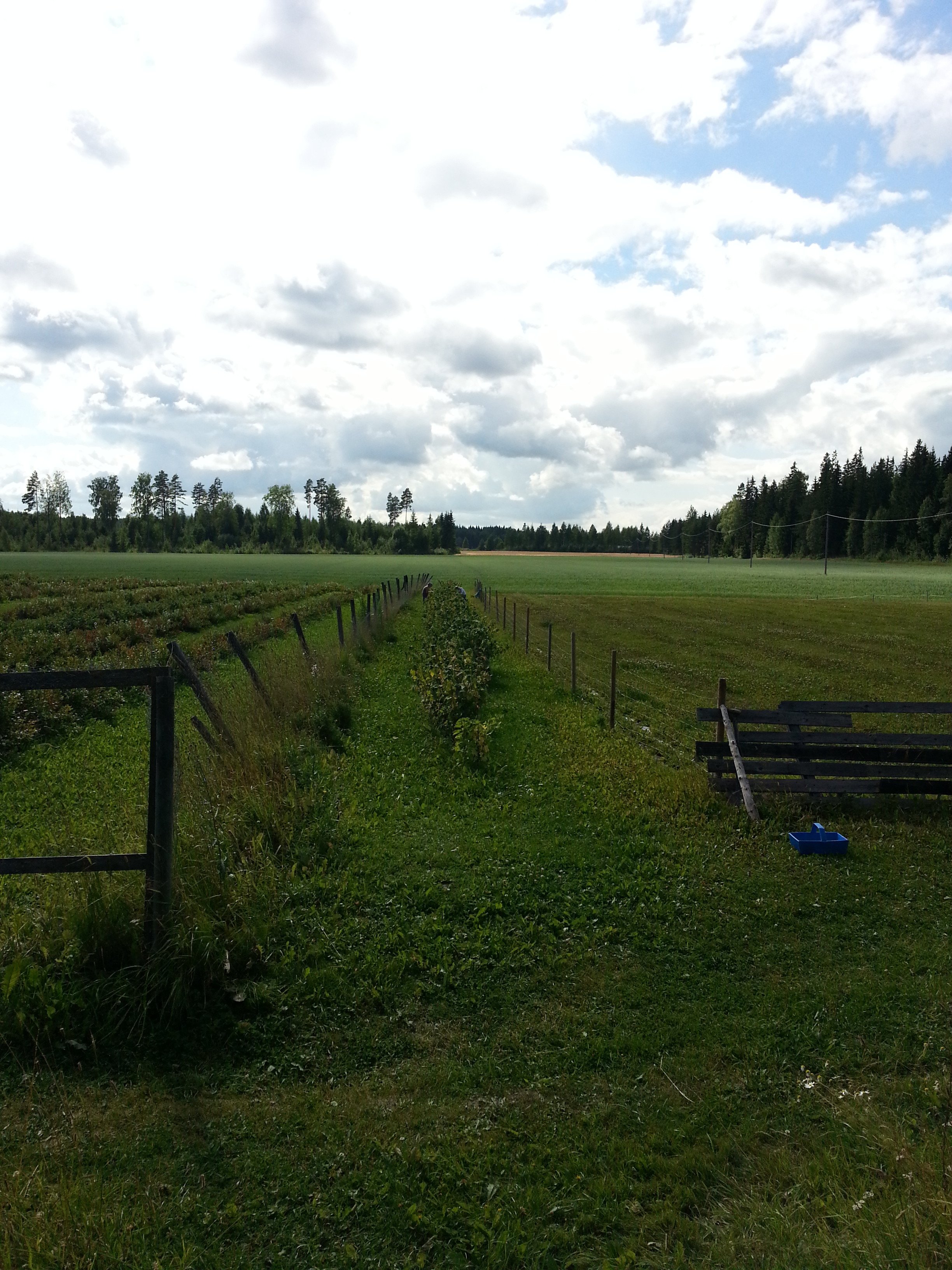 The blueberry section of the farm 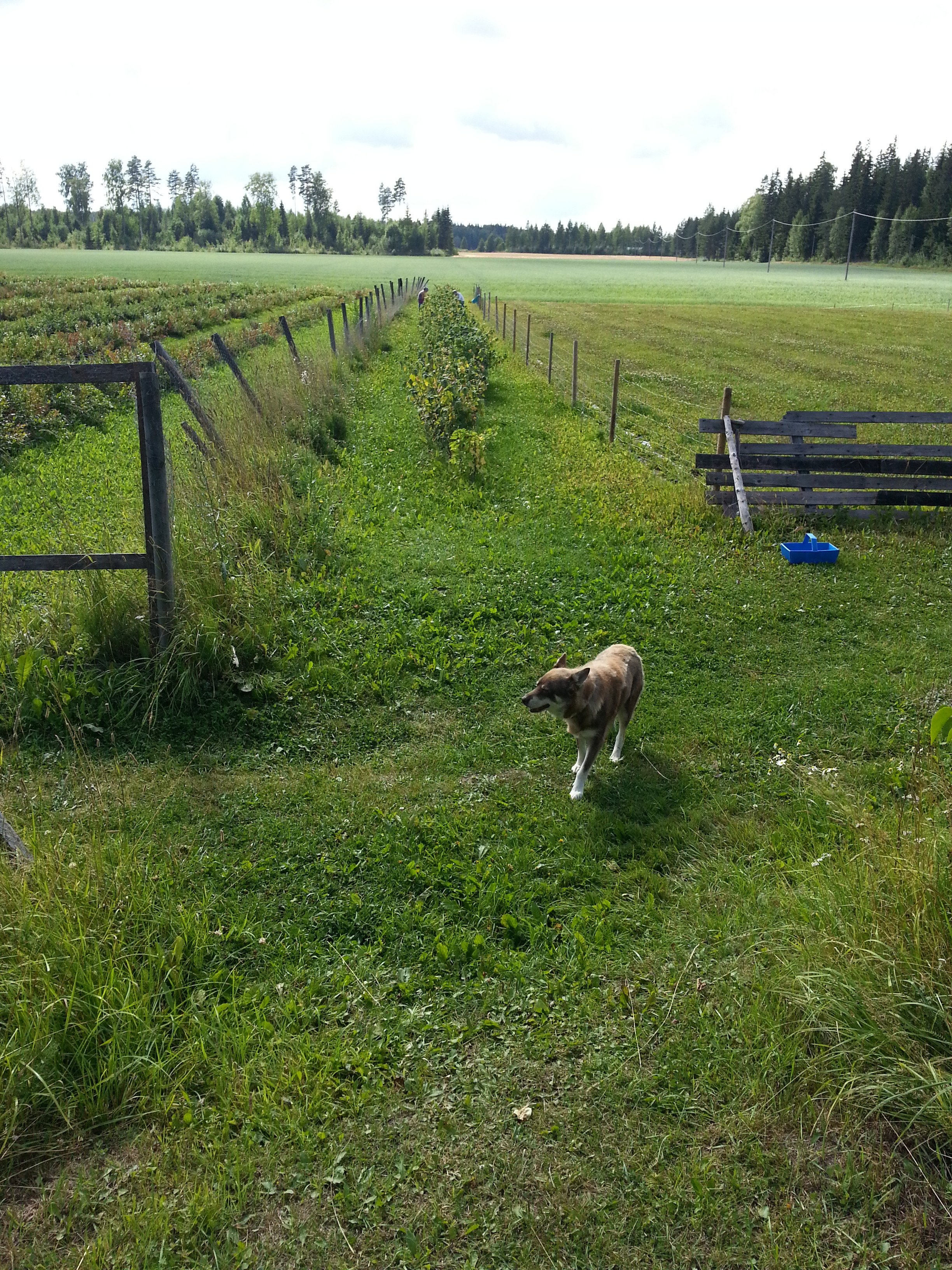 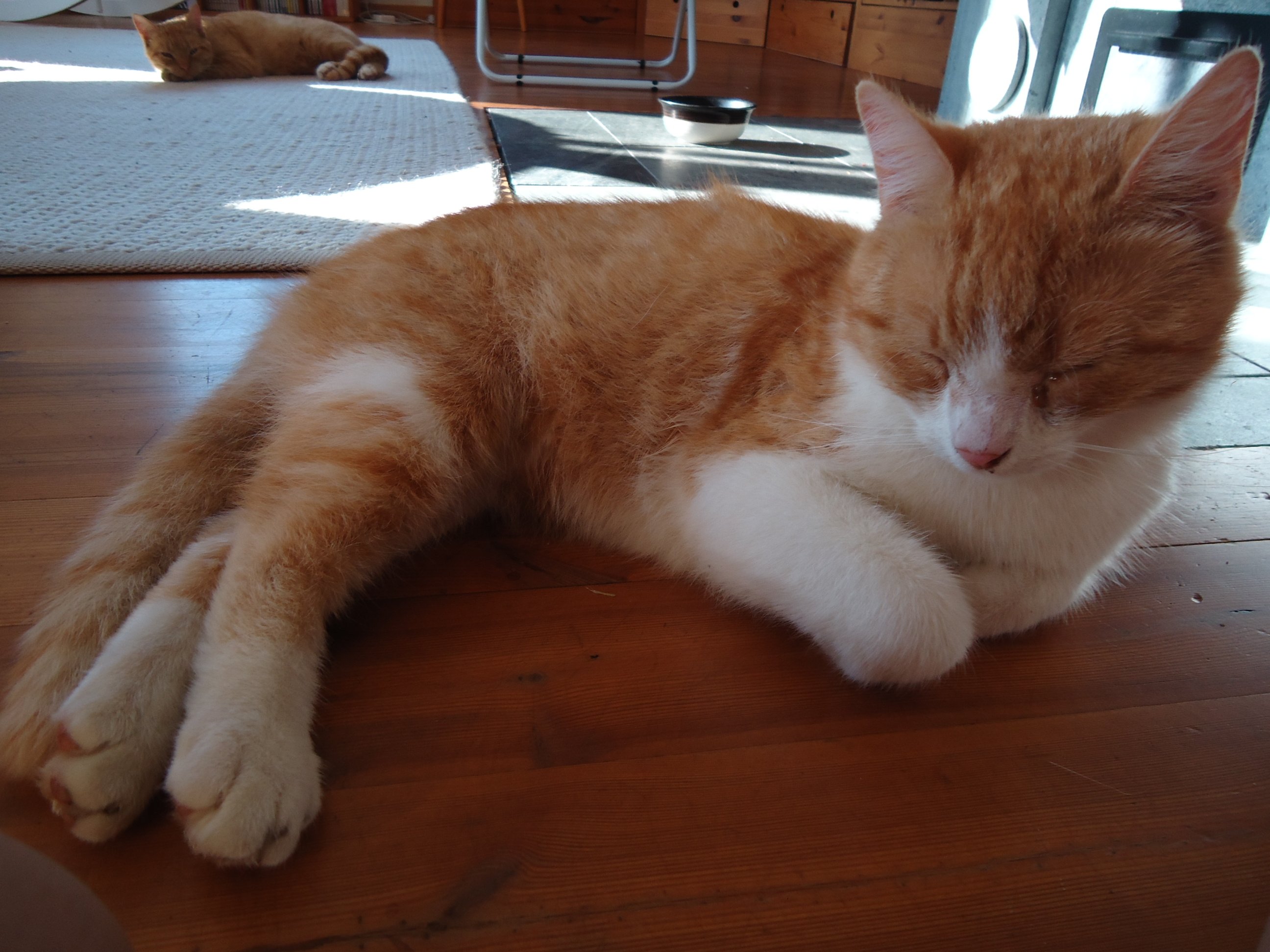 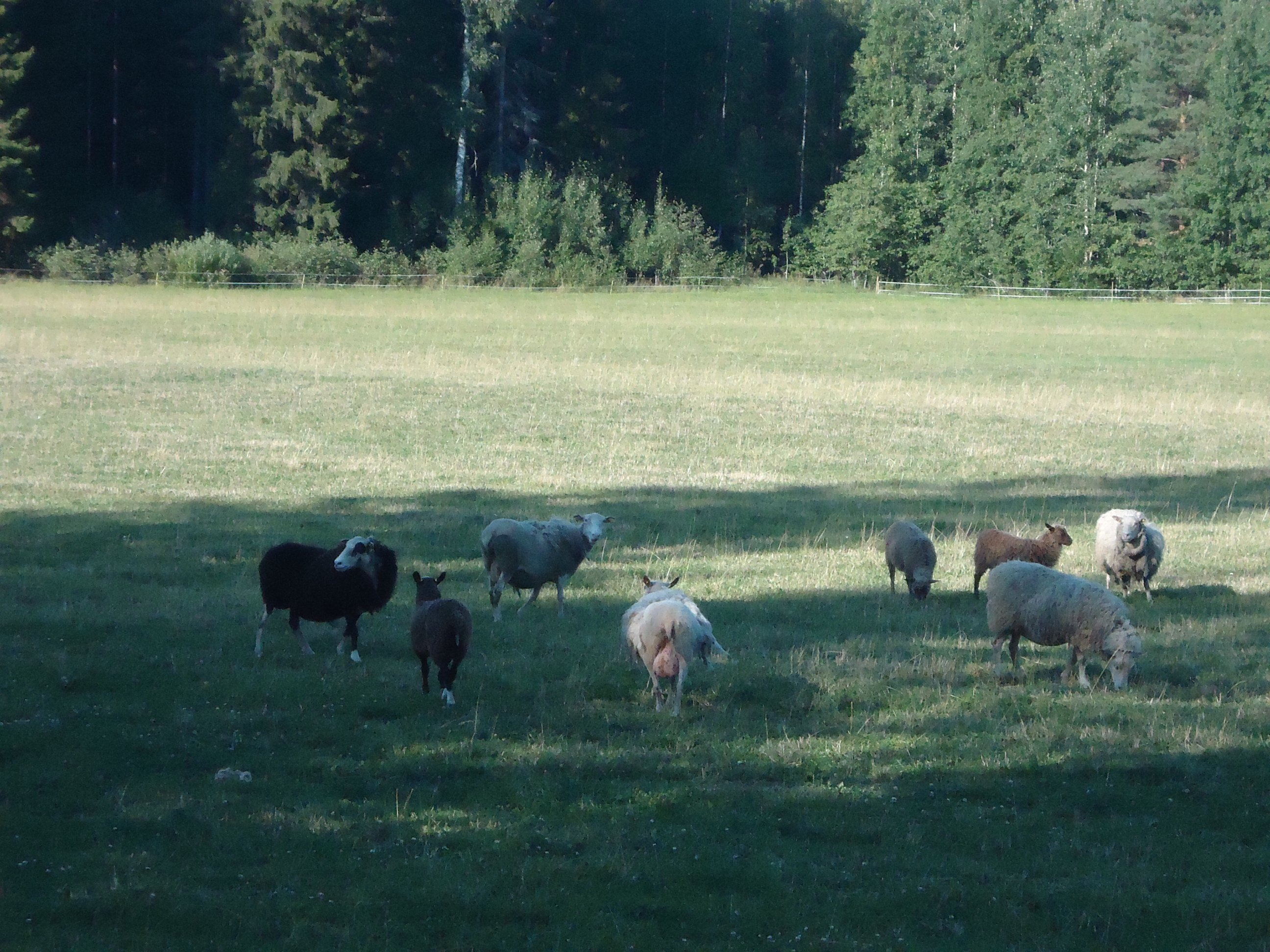 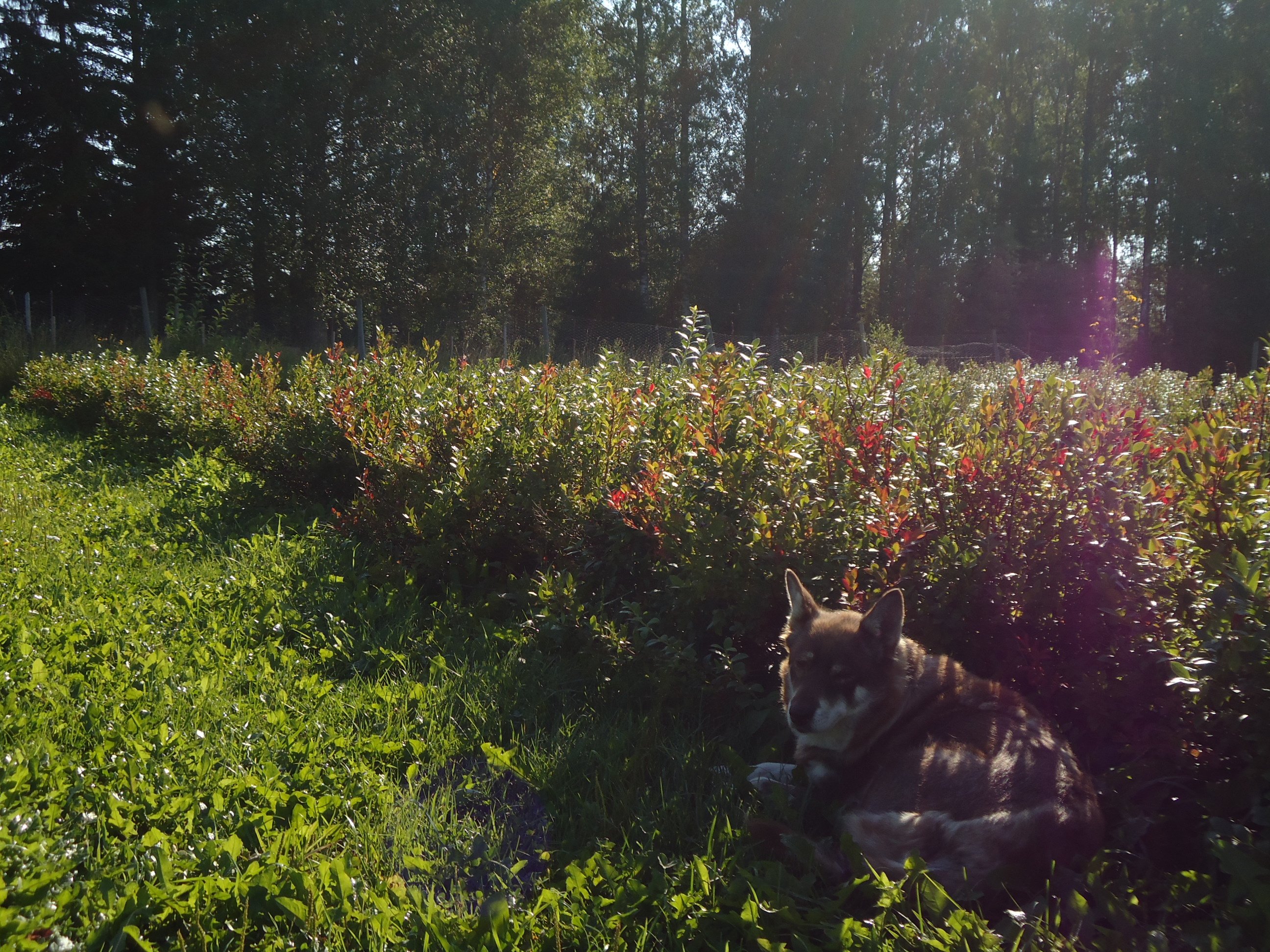 Relaxing amongst the blueberry bush 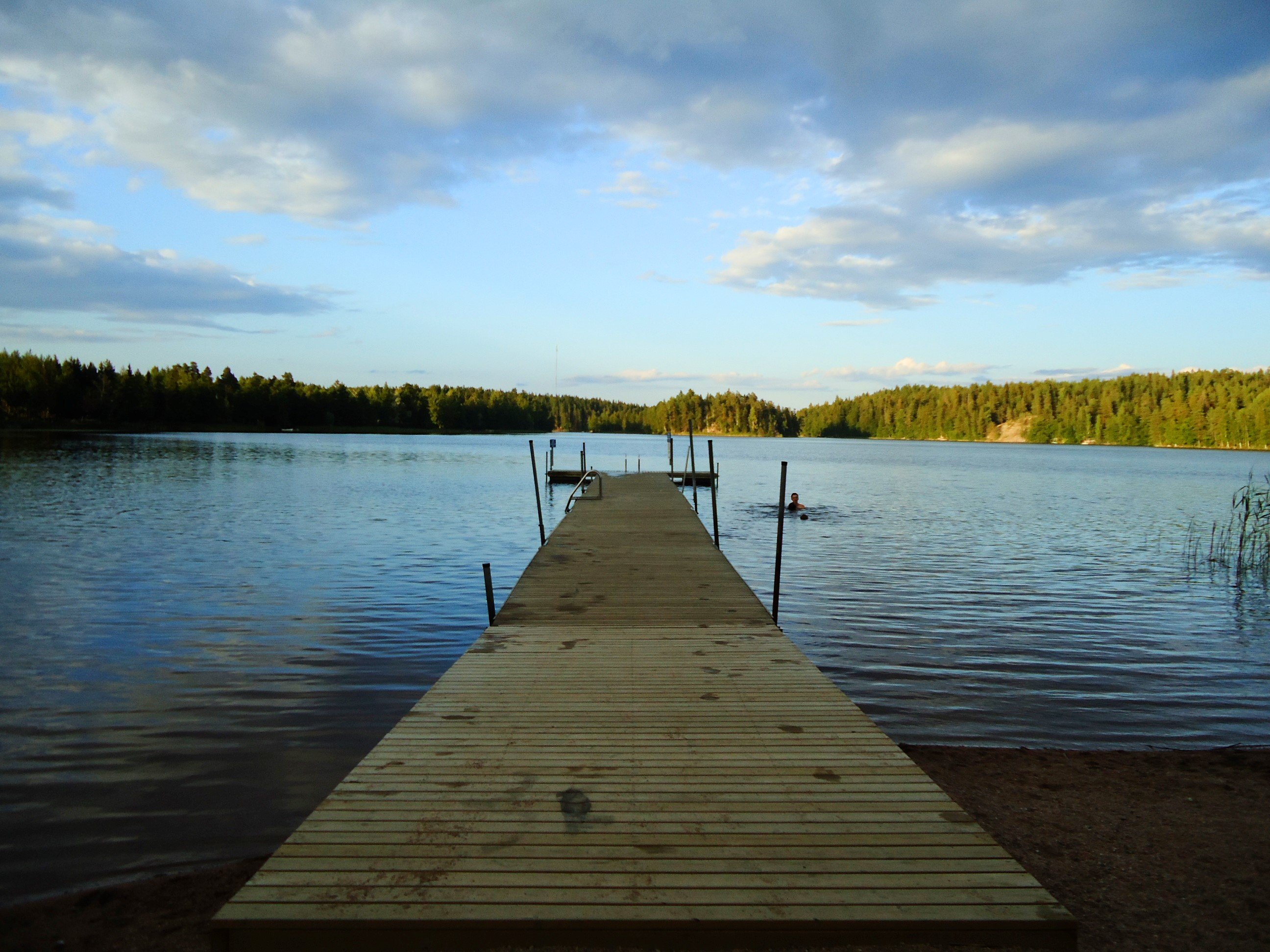 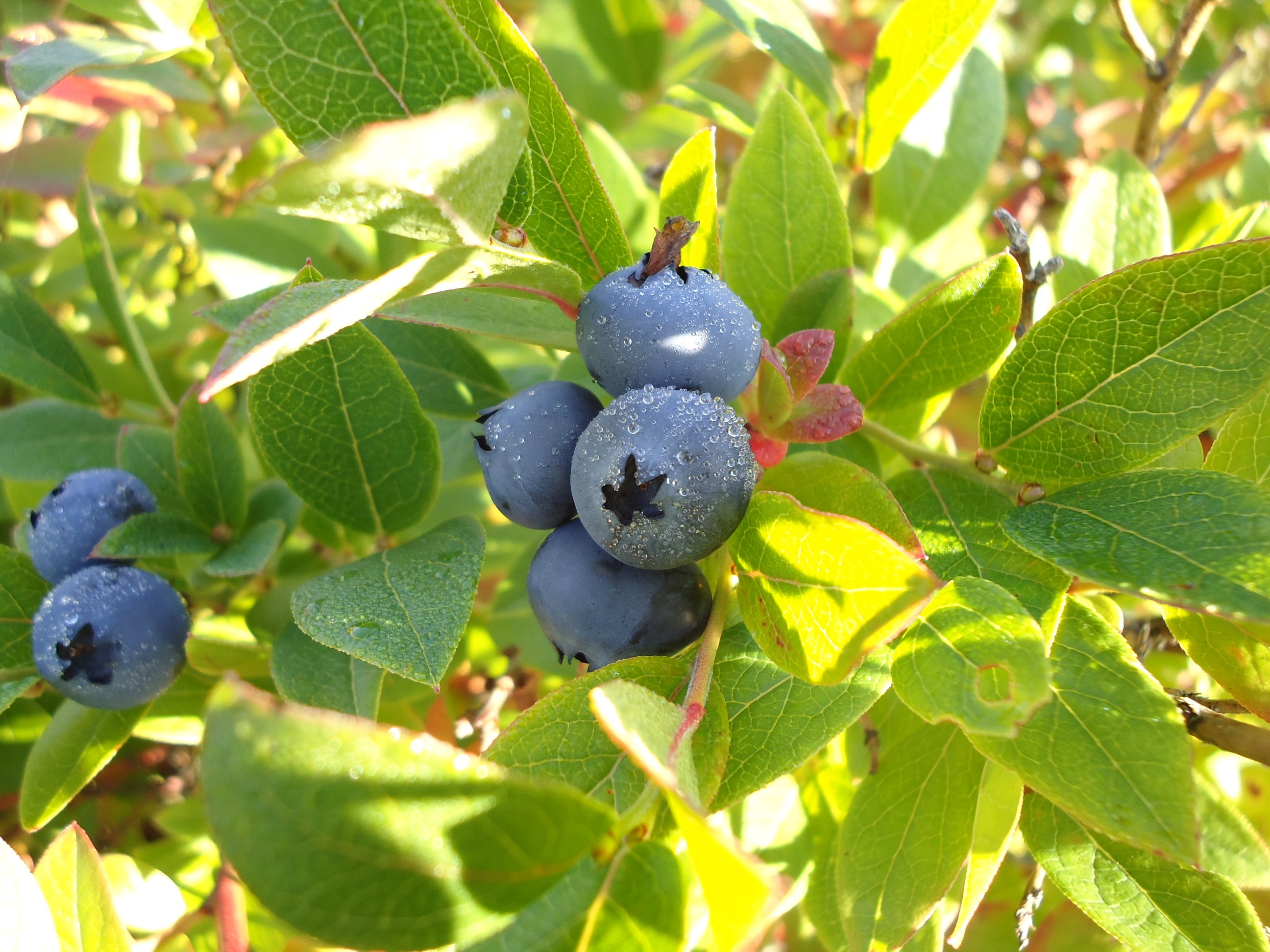 Blueberries in the morning dew 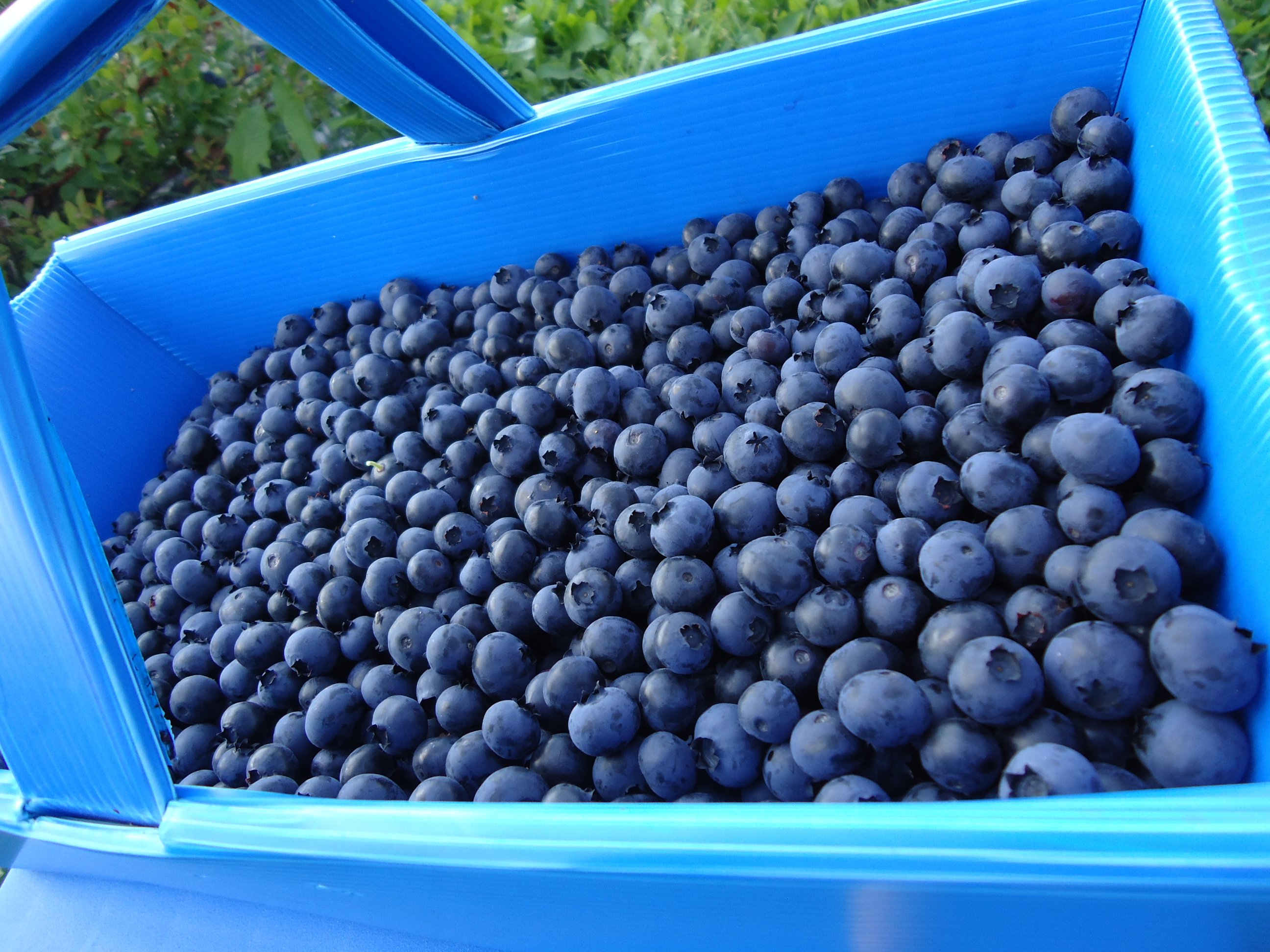 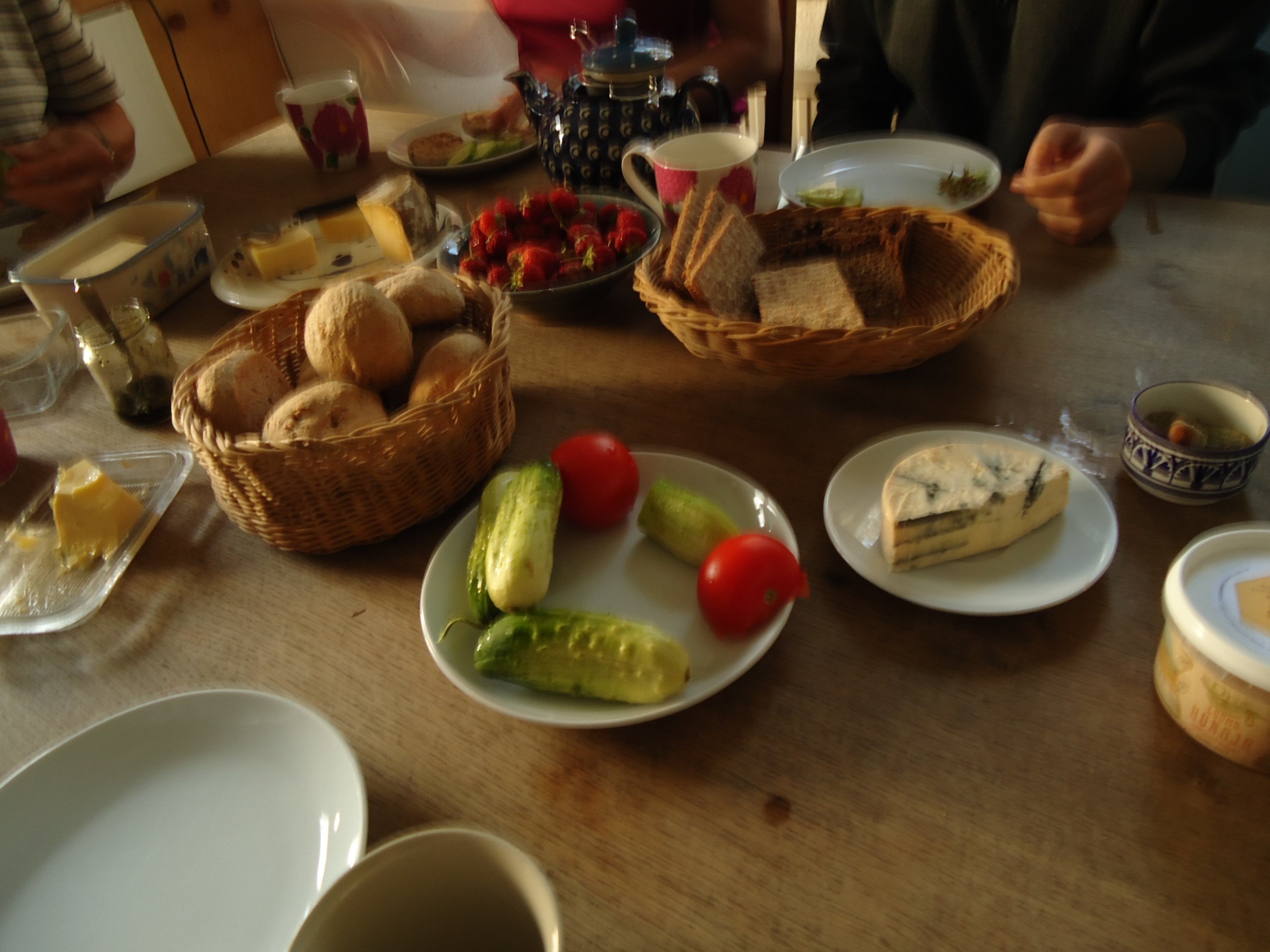 One of our lunches. Spot the super sweet strawberries! 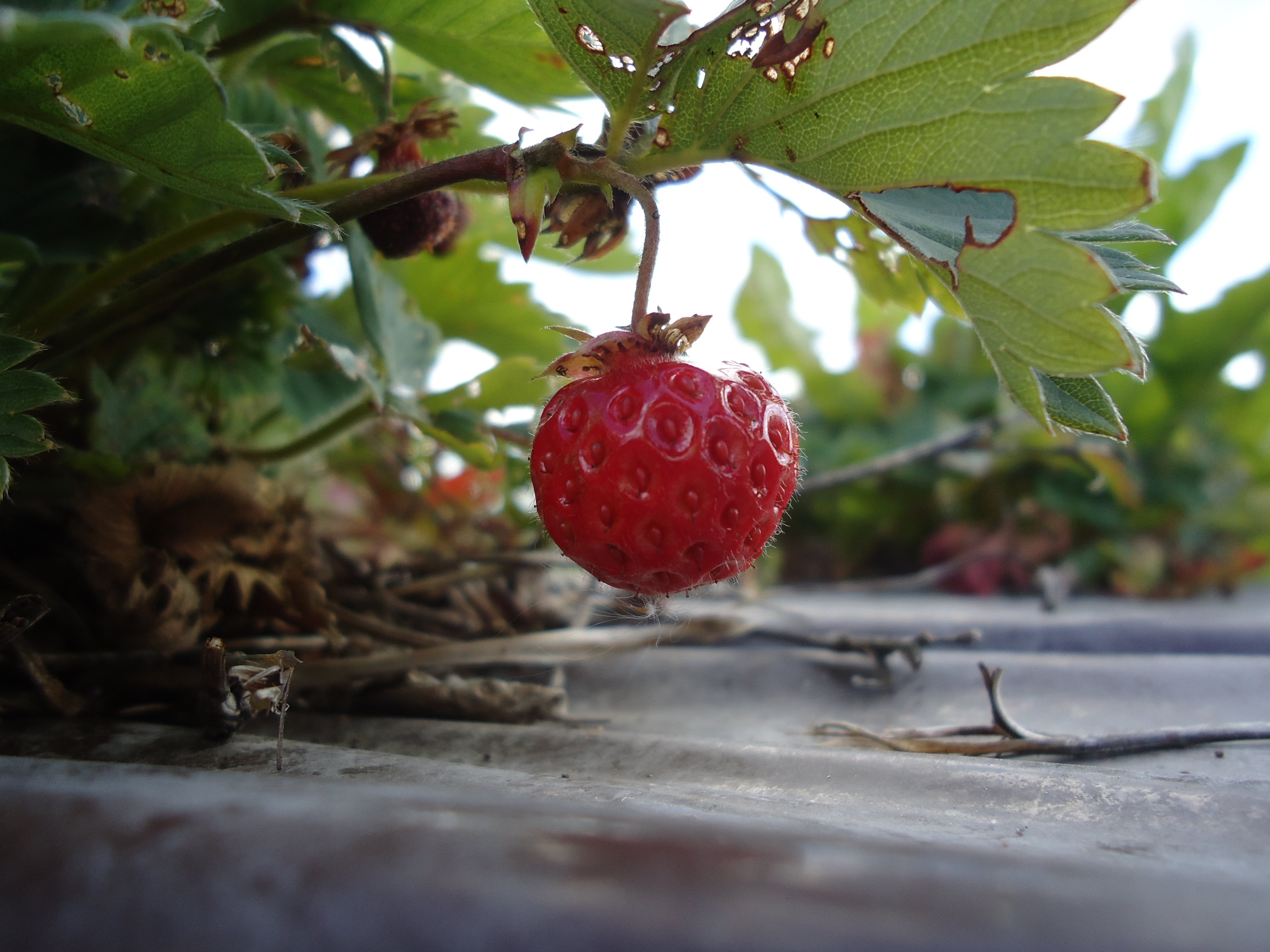 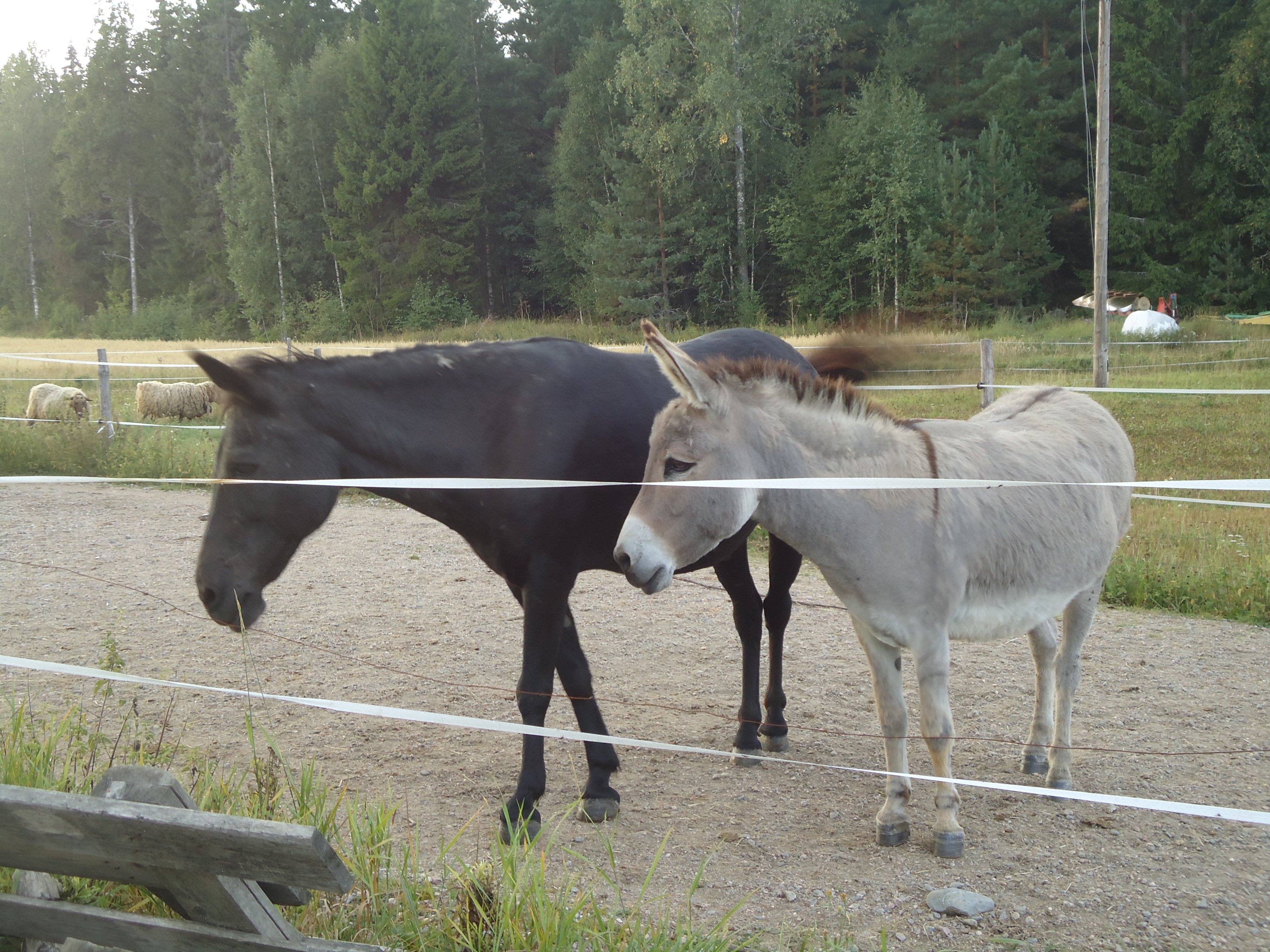 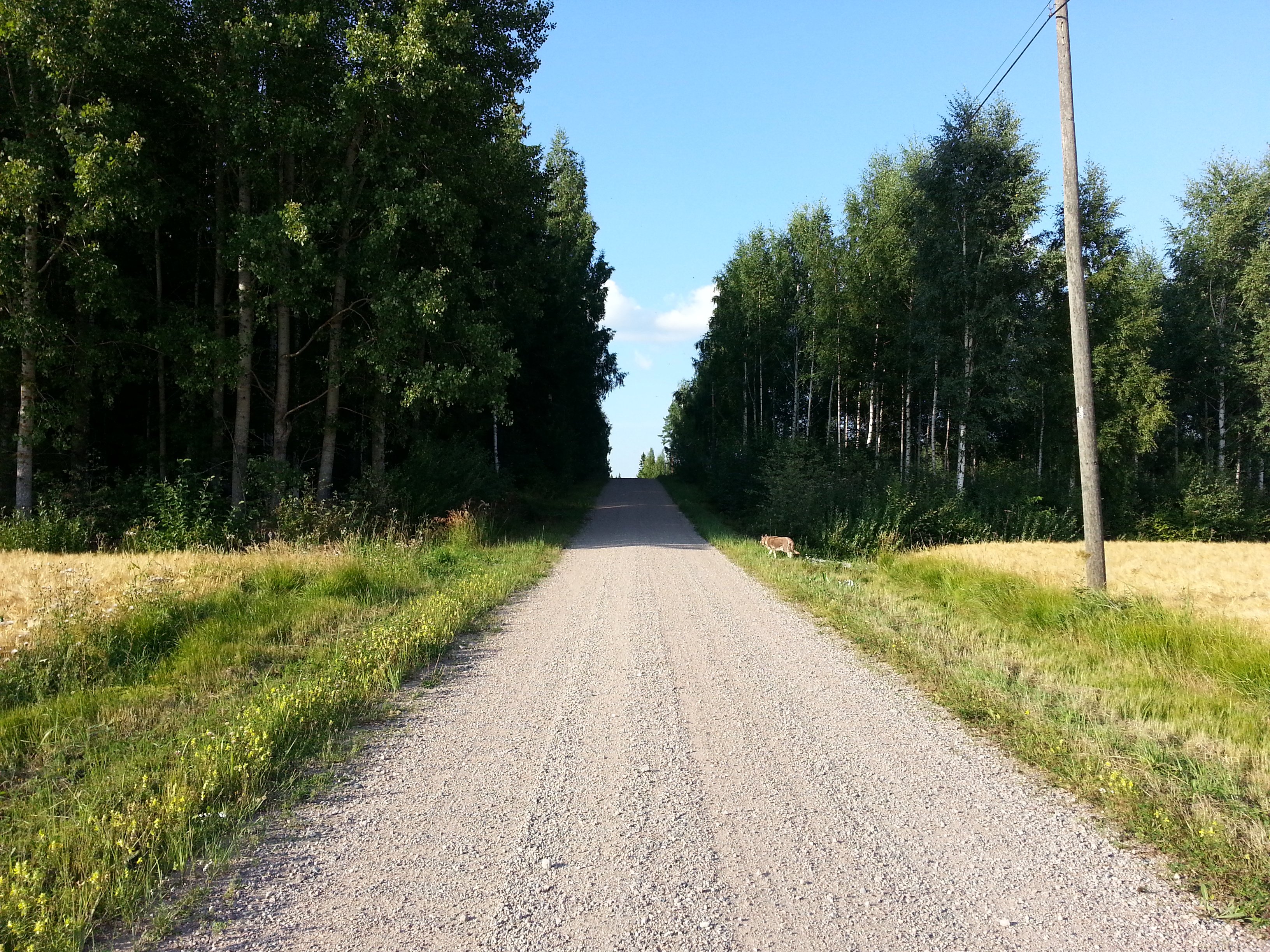 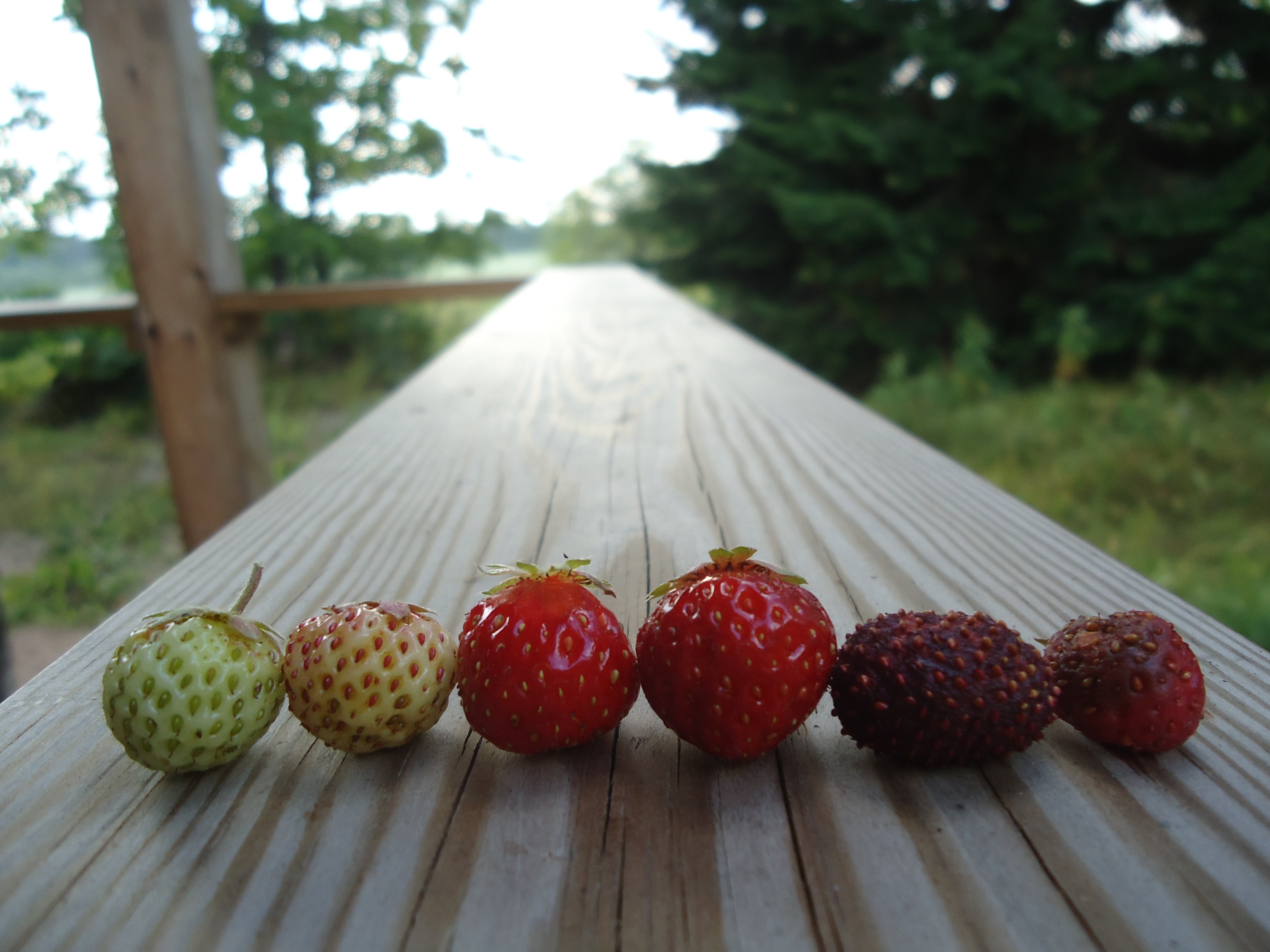 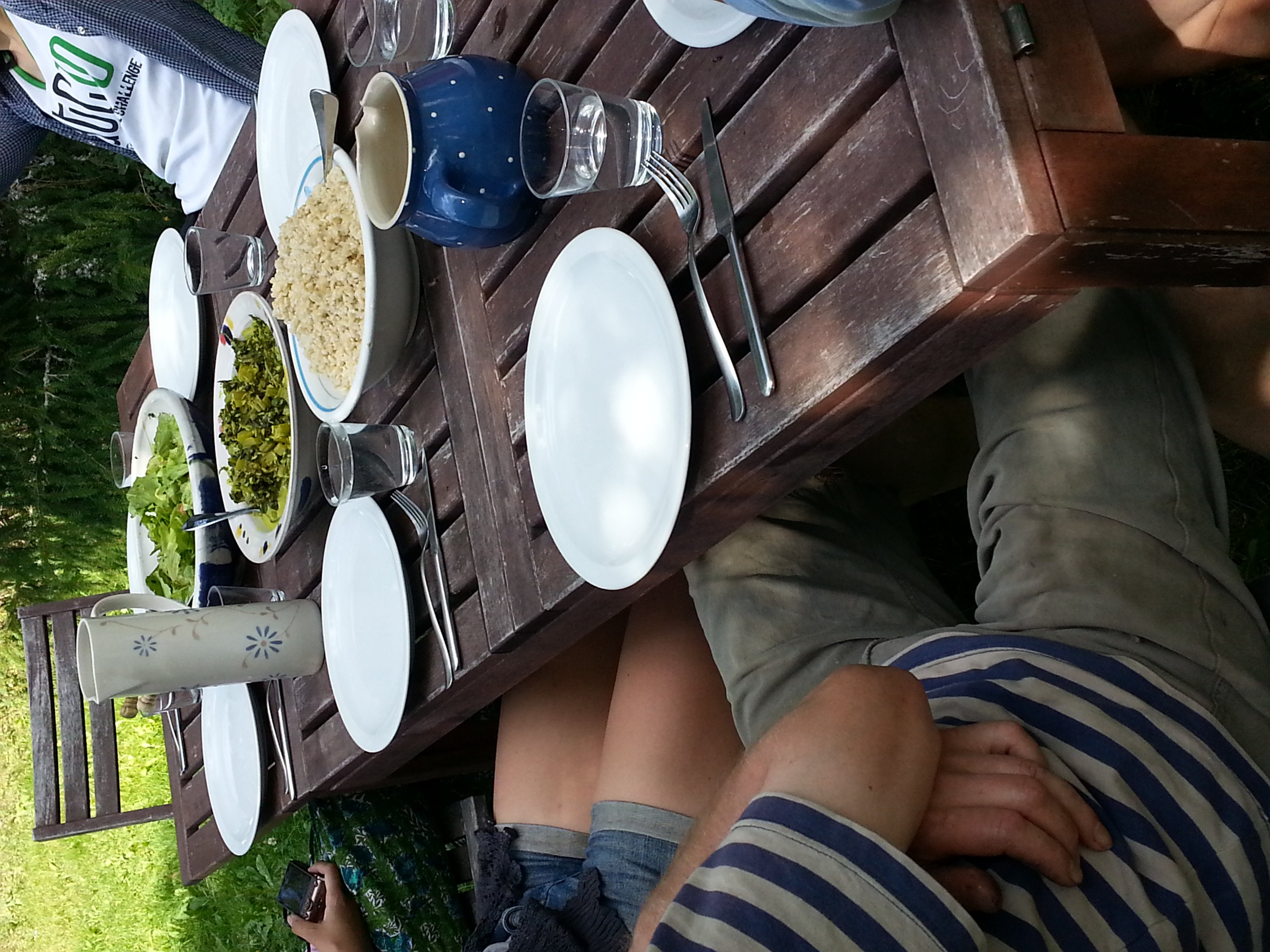 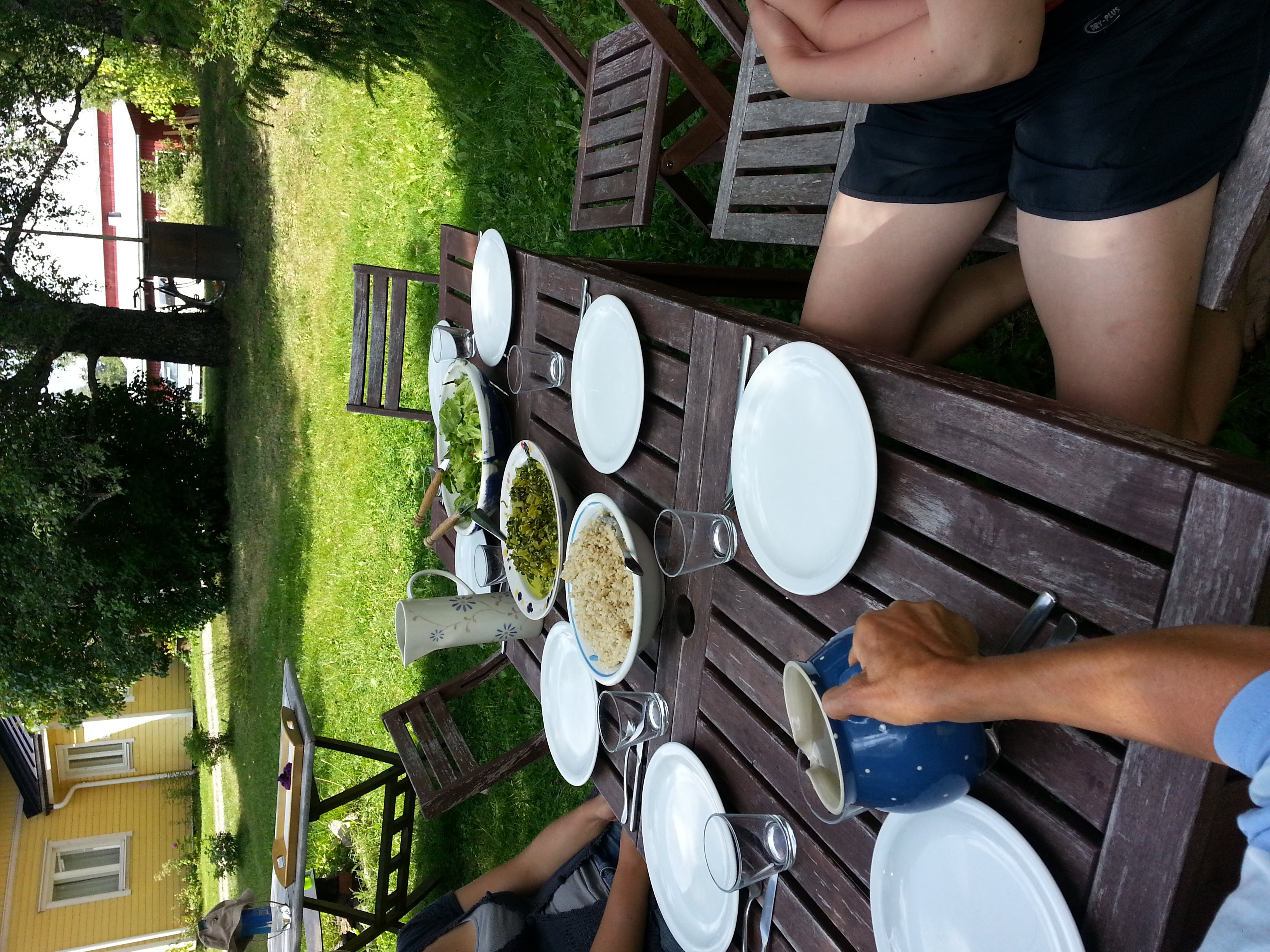 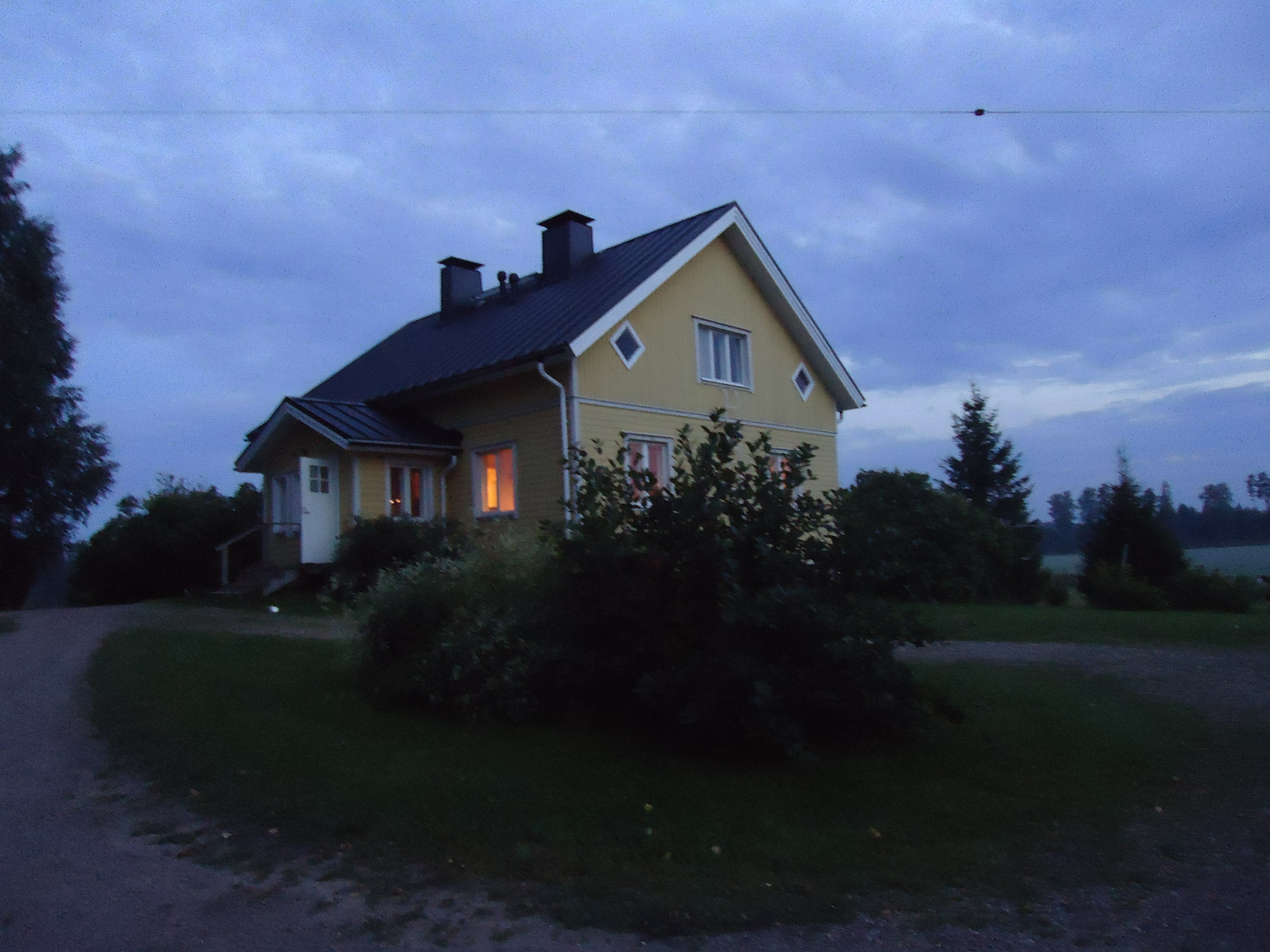 Night view of the cottage

My stay on the farm has taught me that self sufficiency exists. Living in Singapore for over twenty years does not help one with grasping the concept of self sufficiency. For the clueless amongst you (I was one before I WWOOF-ed), self sufficiency means living without money. Really. except maybe to pay for the petrol for your car. But apart from that, they rely solely upon themselves. That is what I call liberation. Pure freedom to live debt free, not having to report to work for a fixed time during the day, without concern for when their money will run dry. Nature provides. They dug their own well, make their own yoghurt, compost, food, etc. They visit the recycling centre 5km away once a week to see if there are any useful items that others have thrown and they can use. “dumpster diving”.

Applying this concept to Singapore, if government were to allow residents to grow their own food in the small patches of grass in the HDB estates, instead of paying landscaping companies hundreds of thousands of dollars to plant ORNAMENTAL plants which DO NOT BEAR FRUIT AND CANNOT BE EATEN, we wouldn’t see so many elderly who have no money, working as janitors and other odd jobs. Yes, ONLY in singapore, we have eldery work odd jobs, and become janitors to serve their younger counterparts. All they need is to grow some sweet potato in the small gardens at the lobby of their housing estates…just think.. It would rid of so much materialism in this country.

In fact, I wrote an article to the straits times (a newspaper in Singapore), which was not published (surprise surprise..). Anyway..

Staying on the farm, feeding and playing with the sheep, I was told one day that one of the sheep would be slaughtered and its meat used to feed the dog, and kept in deep freeze to feed the family. Then another realisation hit me – money seperates us from nature, prevents us from having deep compassion for other living beings. I have been playing with and feeding the animals, and have formed a bond with them. To be told that they were to be taken to the slaughterhouse is heartbreaking. Through money, the meat you eat is just meat. But if you raised the sheep yourself, the sheep becomes a living thing. You try killing it. I did not become vegetarian, but I eat less meat nowadays, (a little meat is important), but since these animals, and plants sacrificed their lives for our benefit, we should try and live our lives slightly better than they did shouldn’t we?

Well…that’s it for now, I’m visiting Jukka and Verena again in december, and I’ll be WWOOF-ing with another farm in Rome in January 2014, more to come!

6 thoughts on “WWOOFing in Myrskylä, Finland”