Mechanics behind not trading against a trend

We’ve all heard of the warning not to trade against the trend. This guide explains in layman terms why.

The short and sweet answer is that in an uptrend, there will be buyers below. In a downtrend, there are sellers above. So you could try to trade against a strong trend,  but chances are it wouldn’t go very far, unless there has been a bull trap (picture explanation below).

To put it more accurately, you can trade against a trend, but don’t expect a major move unless there is a bull/bear trap.

Let’s break it down with a layman explanation. Let’s say you are a hungry beggar with only $1 left. You haven’t eaten for days and you hope to buy some apples to fill your tummy. You visit the nearby marketplace and watch the prices of apples. 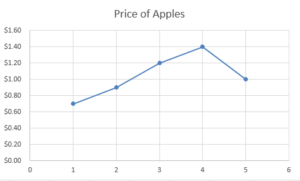 On Day 5, the prices fall to $1.00. Would you buy it? As a hungry beggar who hasn’t eaten for days, and who has exactly $1.00 AND (most important part) who has seen the price RISE steadily over the past 4 days, I’m quite sure you will buy it.

Because in your mind, you are thinking that the prices are PROBABLY going to rise further, given the uptrend over the past few days.

This is what I mean when prices aren’t going to go very far against the trend. There are buyers below waiting to snap up the apples at a discount relative to the prior uptrend. And hence, you are most likely going to see a second wave up. 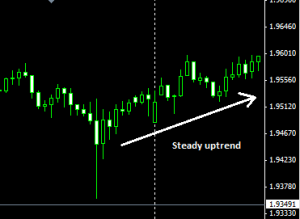 In the first picture, we see a steady uptrend on the GBPAUD H1 chart 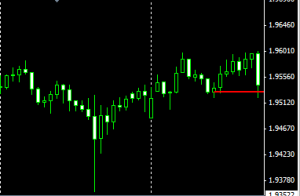 The next bar slams down, but chances are it isn’t going to overpower the uptrend. There are many buyers below waiting to enter at a discount 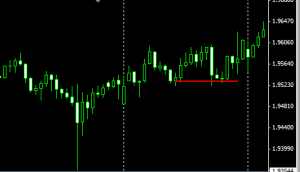 And we are right. Chances are one big bear bar it isn’t going to reverse the uptrend. A lower high is probably needed.

PS: This is a real trade that I took, not just on hindsight.

What is a bull trap?

Earlier, I mentioned “you can trade against a trend, but don’t expect a major move unless there is a bull/bear trap.” 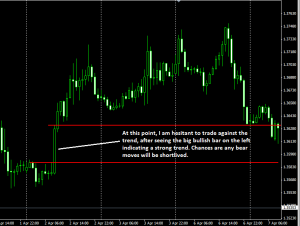 At this point, I am hesitant to trade against the trend, after seeing the big bullish bar on the left indicating a strong trend. Chances are, any bear moves will be short lived.

We now have two bear bars after a single bull bar, indicating that the bull move has stalled. Furthermore, there is a nice long up wick on the latest bar, showing plenty of trapped bulls. Chances are we are going lower 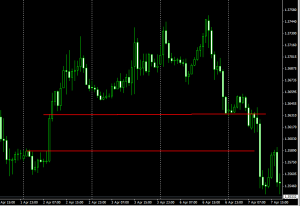 And lower we go!

PS: These are real trades that I took, not just on hindsight.

There you go! Mechanics behind not trading a against a trend. I hope these pictorial explanations help you internalise the logic behind not expecting a major move against the main trend.

Support us by signing up for an account with our partner brokers on our home page. Real time commission discount is included! I personally trade with most of our brokers, so ask me for my review!